Few directors capture bodies in motion with the sensuous intensity that Claire Denis brings to her work. In some of the most memorable scenes in her filmography, she invites viewers to linger in moments where her characters lose themselves in the pleasures of dance: in U.S. Go Home, Grégoire Colin bops around in his bedroom to the Animals; in 35 Shots of Rum, an ensemble of actors (including Mati Diop) slow-dances to the Commodores’ “Night Shift”; and in Let the Sunshine In, Juliette Binoche blithely sways solo to Etta James’s “At Last.” But never has rhythmic movement been more central to Denis’s filmmaking than in her masterpiece Beau travail (1999), a bold reimagining of Herman Melville’s Billy Budd, Sailor that follows a French Foreign Legion sergeant (Denis Lavant) and his obsession with a young recruit (Colin) against the backdrop of a Djibouti desert landscape. The repressed desire at the heart of the film comes to life thanks to the vision of French dancer-choreographer Bernardo Montet, who appears in the film and was tasked with finding a troupe of nonprofessional dancers, including a few real Legionnaires, as well as creating the training routines and imbuing them with psychological drama.

Ahead of our recent release of Beau travail, I phoned Montet, who lives in Paris, to find out more about his artistic practice, his experience working with Denis, and how the film’s famously explosive ending came to be.

How did you first connect with Claire Denis?

Claire saw an article in the newspaper about one of my performances at a festival in the south of France. The performance was centered on the subject of colonization and enslavement, and she was interested in these themes and asked to meet me. I knew of her work; I’d seen Chocolat, I Can’t Sleep, and Nénette and Boni. When we met, she gave me pictures of Legionnaires and a very thin scenario for the film—poetic, with small details, maybe only three pages. It was enough for me to work with, but for the production she later wrote another script that was very, very precise.

Claire gave me two essential pieces of music that ended up in the film. One was Britten’s Billy Budd opera and the other was Neil Young’s “Safeway Cart.” I asked her if she gave the actors music before shooting as well, and she said she hadn’t, but she did this for me beforehand so that I could envision certain scenes specifically. Then later that music was with us on the set; speakers were put on a track to follow the actors through the desert.

Was there an element of dance that spoke to you in the Denis films you had seen?

My impression when I first saw her films was that they contained what I call “choreographic thought.” For example, in Chocolat there is a scene in a kitchen with a man and woman, and the space between them tells a story. This use of the space between human figures reminds me of a moment in Beau travail, when Galoup [Lavant] and Sentain [Colin] go toward each other while Britten’s music plays; the space contains the tension between them.

Space is an important element in the way Claire writes and shoots movies. There’s a double story being told in her films: the narrative and the story the body is telling. Sometimes she believes in bodies instead of words, and in dance we’re always talking without words.

I’d love to know more about your history as a dancer and how you incorporated your own practice into the choreography.

I work a lot in Japan with Buto dance, which is very slow and intense. It’s almost always set in nature, and it doesn’t have a defined shape like ballet or contemporary dance. It’s guided by sensation, and sensation is the main thing you have to have for any kind of dancing. You have to feel before moving. Before you can dance, you have to accumulate and sustain a certain energy and then allow it to explode.

We held auditions for the troupe, and once the members were selected I worked with them for one month in a studio in Paris. It’s strange because at that time I was collaborating with everyone except Denis Lavant. Not many people know this, but there was another actor initially cast in that role. After a few months, Claire told me it wasn’t going to work out with him, and she phoned Denis and it turned out he was free to do the film.

Learning the choreography was a very physical process, of course, and it was not always easy for the actors to dance, especially the two of them who were real Legionnaires. The process is very close to how I do my own work, which requires a lot of concentration and being very engaged with their movements. It’s a precise style, and it goes from very slow and quite immobile movements to large ones.

Something I liked was that Claire didn’t only want to show the Legionnaires as warriors, she also wanted them to be fragile—fragile without being weak. But of course dancers are very strong. We have the same drive as Legionnaires: even if our aims are different, we share the idea of sacrifice and penalty. A Legionnaire’s purpose is his nation while the dancer’s is his art, but the sacrifice is the same for both.

Tell me more about your experience working with the actors and how you prepared them physically for this kind of movement.

There were a few things we worked on in the studio before we went to Djibouti. If we were going to be a troupe, it was necessary to get to know each other before shooting. Sometimes I would improvise things on set. I would look through [cinematographer] Agnès [Godard]’s camera and see the space she was photographing, then I would organize the choreography around that. So I’d sometimes come to set in the morning with Agnès and Claire and then we’d shoot in the afternoon. It’s crazy, Agnès is like a dancer but with a camera on her shoulders. She’s very focused.

There were some things I purposely waited to work on once we were on set. One was this series of hugs in the movie that take place between the men. They’re filled with eroticism and violence and ambiguity. That was a moment I found with the actors on set because I felt by then everyone was ready for it. At the beginning, they weren’t so ready to touch themselves or others. Hugging is not perceived as virile—to shake hands, yes, but to hug, no. So for a sequence like this, I wanted to wait until we were shooting, because then they couldn’t escape from the moment. If I’d done it in the studio, they would have been more hesitant.

Denis Lavant is a performer who moves on-screen in such a memorable way. What was it like working with him?

The choreography was easiest for Denis. For him, moving is like dancing, and talking and jumping at the same time is no problem.

Given his natural ease, I’m wondering if the dance in the final scene was choreographed or if that was pure Lavant?

The final scene is 100% Denis. You cannot create this kind of dancing. You can create the situation with the club and the mirrors and the music, but the dance itself, no. It’s his style. There are many kinds of dance in the movie, but this is a special one—and for a Legionnaire it’s an unusual dance to be connected with.

How did it feel to be in the film and part of the troupe yourself?

It was a big moment for me, and I still screen the film for young choreographers to show how space can be an actor. It was very interesting for me to see the whole process of making the movie, from the shooting to the editing room. It’s a special film within Claire’s career as well; she doesn’t have another one like this. It also had a low budget and she worked in a very economical way. It was originally going to be a TV movie, and at the beginning Claire wanted to shoot it on video. But once she saw the results, she realized that skin doesn’t photograph as sensually on video compared to film.

The way you talk about the relationship between movement and psychology is echoed in the movie. I’m curious if there was anything else about this story and its characters that spoke to you as an artist.

What I liked about these characters was their questions of identity. At one moment in the movie, one of the Legionnaires says to the other, “You are not African now, you belong to the Legion.” There are many foreigners in the Legion, and it made me think: what does it mean to belong to a place? I was also attracted to the mood of this story and how the characters are fighting for nothing. They’re in the middle of the desert, and their existence isn’t necessary. It’s very hard for a person to feel unnecessary and purposeless. The film is deeply imbued with these questions of being. 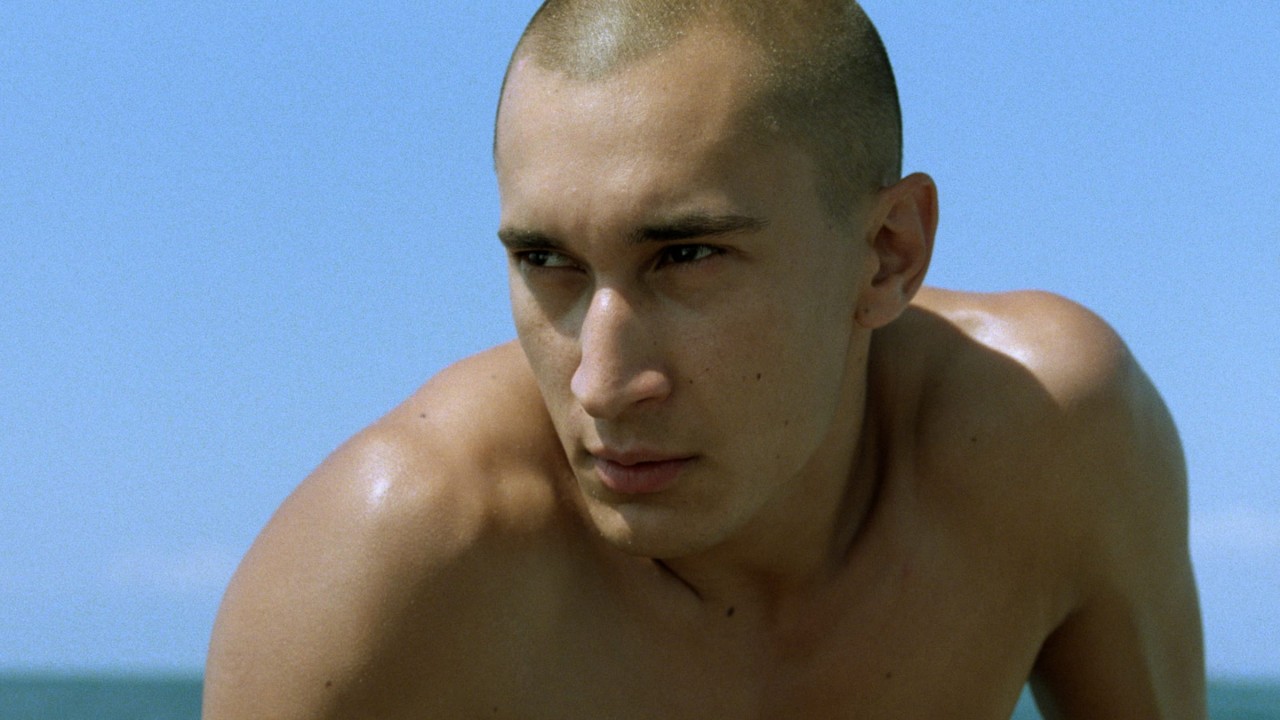 Beau travail: A Cinema of Sensation
By Girish Shambu