The films of Japanese director Hirokazu Kore-eda are graceful meditations on memory and the inextricable connections that bind our lives together. Whether transporting us to a way station in the afterlife or into a household in crisis, his character studies have solidified his reputation as one of contemporary cinema’s most sensitive humanists. With his latest movie, The Truth, he expands the scope of his filmography beyond his native country. Starring Catherine Deneuve and Juliette Binoche, the film centers on the relationship between an aging Parisian actress, who is preparing to publish her memoirs, and her daughter, who returns to France for the occasion, with her American husband (Ethan Hawke) and young child. Reunited under one roof, the characters grapple with their clouded memories, lingering resentments, and unanswered questions. In the lead-up to the release of The Truth, I spoke with the director on two separate occasions about the experience of making a movie abroad and the influence French cinema has had on his work. Here are highlights from our conversations.

I’m curious what kinds of films you grew up watching and if international cinema was part of your early moviegoing.

I still think fondly of when I was a child and would watch movies with my mother—things like Hitchcock’s Rebecca, classic American movies. When I began watching by myself, I was into the American New Wave films, like Butch Cassidy and the Sundance Kid. By the time I went to university my initial plan was to be an author. I wanted to write novels, so I hadn’t been thinking about making movies, but it was at that time that I started watching Fellini, which changed the course of my life. I started with Italian neorealism and then later got caught up in the nouvelle vague. Those directors inspired me, and that is what has led me to working with the French.

Do you remember what went through your mind the first time you saw Catherine Deneuve on-screen?

The Umbrellas of Cherbourg was the first time I saw her. I couldn’t believe that such a beautiful human being existed. But even before having an impression of her, I was just shocked that you could have a film that was all music, where the dialogue was all lyrics.

And had you been a longtime admirer of Juliette Binoche as well?

For my generation, Juliette appeared very much as a muse of French cinema, especially because of her work with Leos Carax. As a director, I find her appealing because she’s very good at performing in silence. Even when she’s completely quiet she’s able to express a range of emotions with her eyes and her face.

She’s known for cultivating relationships with filmmakers like Michael Haneke, Olivier Assayas, Claire Denis, and Hou Hsiao-hsien. How did you first meet, and did she initiate the collaboration?

The first time I met her was in Paris in 2008. We ate sushi, and she told me how much she loves Nobody Knows and talked about how she wanted to work with me on a project. She seemed quite direct and passionate about it. Juliette is someone who likes to have a lot of conversations with the directors of the films she’s in, and I enjoy that process. We had many opportunities to get to know each other before the script was written, and we would talk a lot about what it is to be an actor and how she started at a very young age. Those conversations were reflected in the scriptwriting process. She told me that the difference between professional and nonprofessional actors is that a professional actor takes something that has no life and breathes life into it. And that’s what she did when we began working together.

Where does Ethan Hawke, who plays the only English-speaking character in the film, fit into the equation? Is there a particular performance or something about his energy that drew you to him?

I’m a huge fan of his! Richard Linklater’s Before Trilogy is wonderful, and I thought he was so good. I like all of his movies—Reality Bites, Training Day, Gattaca, Before the Devil Knows You’re Dead. He’s brilliant at portraying human weakness. He’s got a wide range, and he’s an actor who brings out the best in others. He was almost genius-level in how he works with children. There’s a scene in a restaurant in the film, and all the kids just naturally gravitated toward him. I knew that I could rely on him to serve as my surrogate on-camera, to direct the girl who plays his daughter, and that he had experience with that from his work with Linklater. And he felt very confident and said, leave it to me. The way I direct children is that I never give them a script in advance. I just explain what’s going on in a scene and some pieces of dialogue before we film. I’m grateful to Ethan for helping with directing her.

Were you looking to make a film outside of Japan, or did you set the film in Paris because you wanted to work with these actors?

Very much the latter. Seventeen years ago, I wrote the original idea for the story as a stage play for an aging Japanese actress, set mostly in her dressing room. But as I was in conversations with Binoche about various ideas, it occurred to me to rewrite it and set it in Paris as a mother-daughter story. I really wrote it for her and for Catherine Deneuve.

What changed when you adapted that original story into one about this quintessentially French star?

The aging actress and her issues didn’t change much. But in order to give flesh to her character, I gave her a daughter who chose not to become an actress, a son-in-law who is a kind of B-level actor whom she holds in contempt, and a granddaughter. I also added in that she’d written a memoir and that everyone had gathered to celebrate that, and it would be during this stay together that the mother and daughter would have a chance to resolve the underlying conflict that had always simmered between them. So it became a family drama. I would also say that it was constantly being rewritten every time I talked to Catherine and Juliette. They’d inspire changes to the script, and even while we were shooting, it was still evolving.

Did the actors’ personal histories and experiences come into play?

When Catherine initially read the script, the first thing she said to me was, “This is not me. This is very different from me because I have a good relationship with my daughter—and no man who has ever left me has disliked me.” She has this lovely, very genteel kind of lightness and brightness about her. But for her character, I wanted to add in a darkness, a shadow where there’s weakness, and then ask her to bring in those parts of herself. I think Catherine was able to have critical distance from the character, which allowed her to be quite mischievous and snarky in a way, and she was aware that that’s what she was doing and being.

Binoche’s character is more multifaceted and has a lot more going on. She’s a mother, a daughter, a wife, and has to display a multitude of expressions in all of those roles. For instance, there’s a moment when they arrive at the home, and she just looks up at the house and you can see, without her having to say anything, that she did not have a very happy childhood. Or when she’s on the set of her mother’s film, you can see in her eyes that she’s remembering the past. So part of the way through the film I started cutting her lines so that she could have more quiet moments. 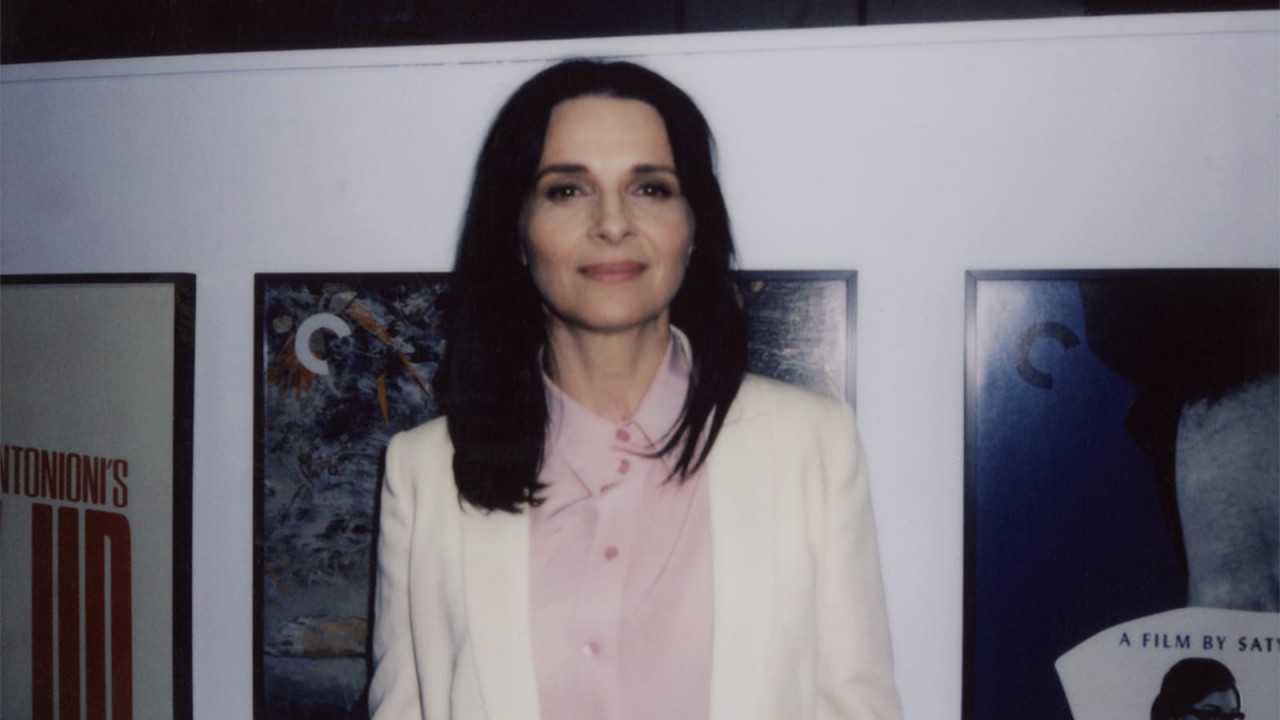 Juliette Binoche on the Art of Being Directed
By Hillary Weston 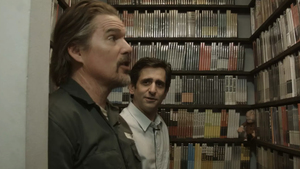 What is it like working so closely with your actors when you don’t speak the same language?

Before we started filming, I wrote letters to each of the actors to explain my overall directing plan, but we were also able to do read-throughs and rehearsals. We were quite well prepared. But I will say that through the process of making this film I learned that language really wasn’t that difficult of a barrier. I was able to judge the emotional tenor of a given take without speaking French. Between takes Deneuve would say, “I already know what you’re saying even though I don’t speak Japanese. I feel like I understand it.” And she’d get up in the middle of me giving her a note and be ready to do a new take.

Your vision of Parisian life is a very quotidian one. Were there French films you watched that informed this approach?

The great crime that so many foreign directors commit when making a movie in Paris is setting the action against the backdrop of the Eiffel Tower or along the Seine. I wanted to eliminate all of the famous landmarks and locations in Paris. The one film that was helpful for me in doing that was Desplechin’s A Christmas Tale, which also has Deneuve in it, because it has an everyday approach to Parisian life.

Memory is a recurrent theme throughout your work, and with this film we’re given a very acute portrait of how it functions in a familial setting, the ways in which the past gets rewritten and reframed as the years go by. Has your perspective on memory shifted at all since your early explorations, such as Maborosi and After Life?

My perspective has certainly changed. Ever since making After Life, I’ve been focused on the importance of considering memory as something that’s not so much a noun fixated in time but a verb—the act of remembering, something always done in the present. That’s been a theme in my work: the process of going back and seeing things in a different way. What I wanted to do in this film is show how the mother and daughter are able to rewrite the memories that have haunted them for years, and how that experience can allow us, in some cases, to mature and grow. You can’t always trust memory, but I wanted to portray it as positive.

I’d love to know the last thing you saw that truly inspired you.

In August, there’s a traditional Buddhist festival in Japan. The dead—your ancestors, your people—come back and visit the people on earth for a few days and then go back again. I was able to be in Okinawa at just the right time to see it.