When it comes to building a genuine relationship between characters on-screen, how do you capture the feeling of a shared history? How much begins with what’s written on the page, and how much relies on the chemistry between actors or the way the camera frames their bodies in space? Recently I got a chance to talk with writer-director Noah Baumbach about these questions in relation to Marriage Story, one of the most acclaimed movies of the past year. Baumbach’s latest film chronicles the painful divorce of Charlie (Adam Driver), a New York theater director, and Nicole (Scarlett Johansson), an actor starting a new chapter in Los Angeles, both vying for custody of their young son. It’s a sharply constructed drama that draws on everything Baumbach has learned through his own moviegoing and filmmaking about how to evoke the heartbreak and humor of everyday life. During our phone conversation, we chatted about how his favorite films, his collaborators, and the influence of Stephen Sondheim guided him in the making of this movie.

Can you tell me about how you first began crafting the relationship between Charlie and Nicole?

From the beginning it was important for me to tell a love story while also telling the story of a divorce. I didn’t know exactly what I was writing at first, but I sat down with all these notes and ideas I’d collected over the years and knew I wanted to make something that would be evenhanded—in essence, to tell two people’s stories. What was interesting to me was that on one hand you have the story of a marriage, which makes two people’s stories singular by design, but then you have the story of a divorce, which takes the unified couple and turns their lives into two stories. So I thought if I followed this idea, it would help guide me through the narrative.

How did you approach writing this couple and imbuing them with a sense of intimacy when we’re only meeting them for the first time after their relationship has fractured?

It’s a challenge because you’re starting at the end. How do you invest people in a story that’s already over? What helped me do that was realizing that even though it’s the end of the marriage, it’s not the end of their story. We’re going to learn about the marriage, but we’re also going to experience it while they divorce. The opening montages give you an emotional experience of their day-to-day life. You get a visceral sense of the life of this family, the depths of what they see and love about each other. In marriage, people’s lives become intertwined, so when it comes to an end, how do you pull these stories apart, or do you? 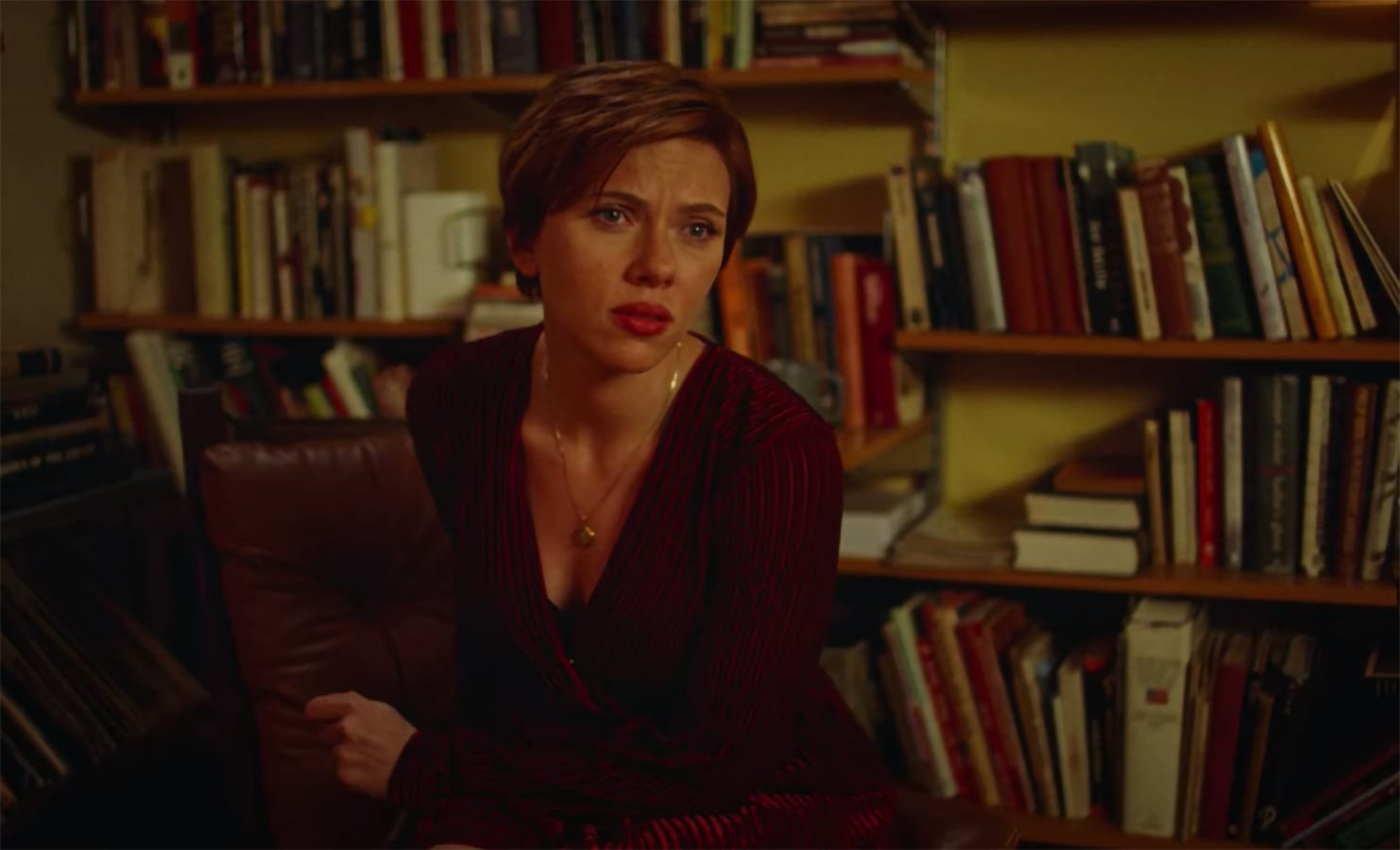 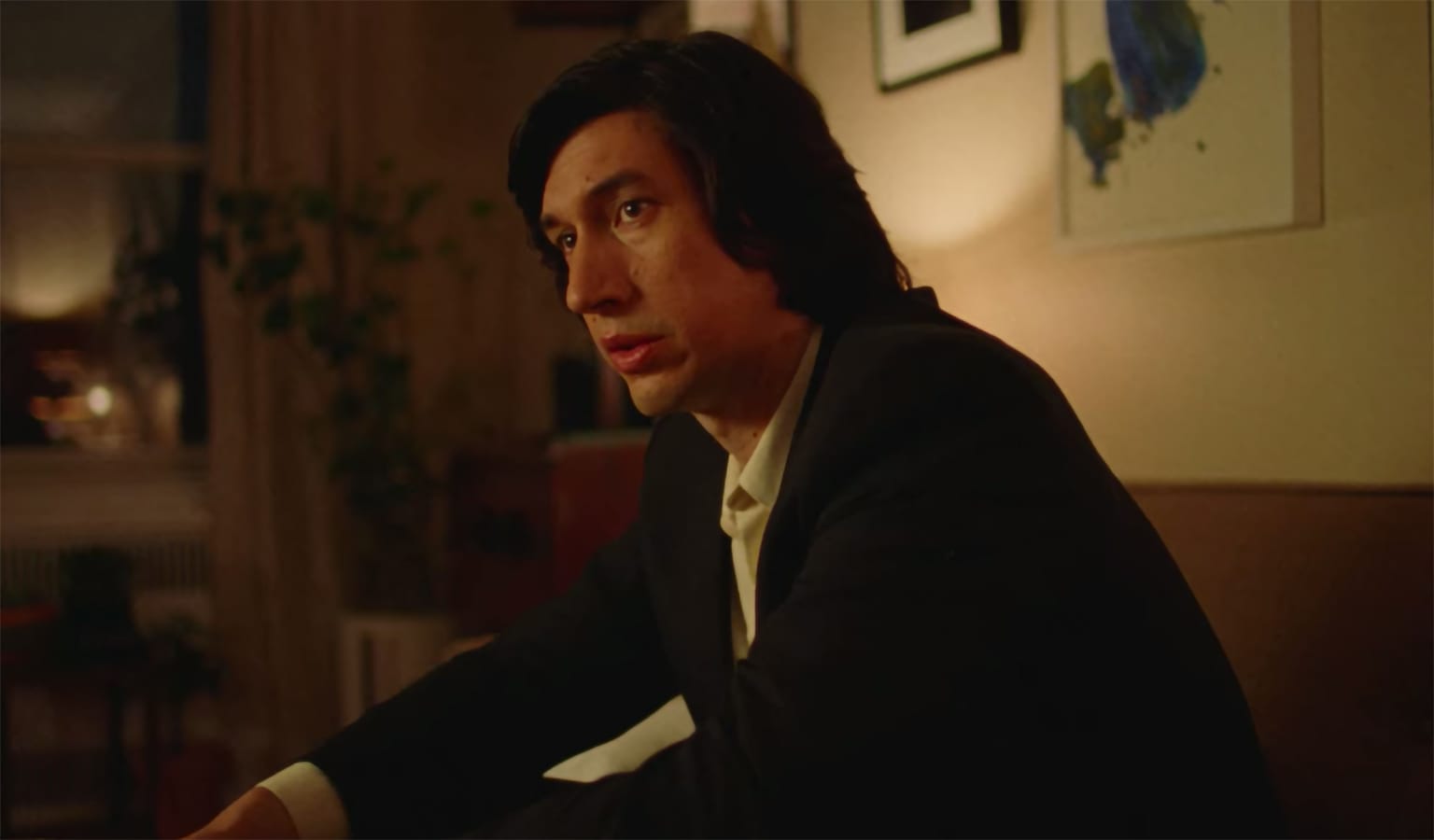 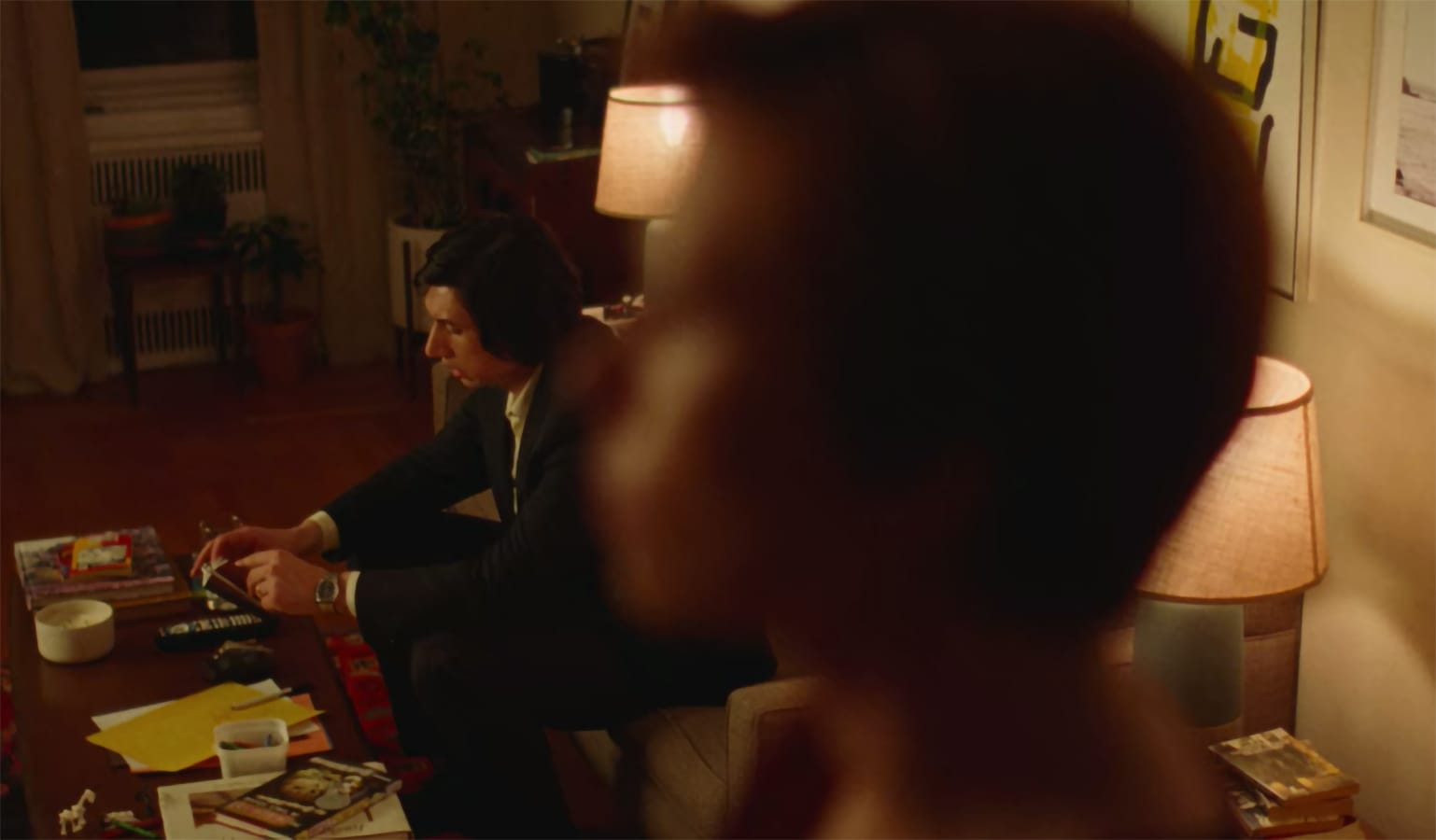 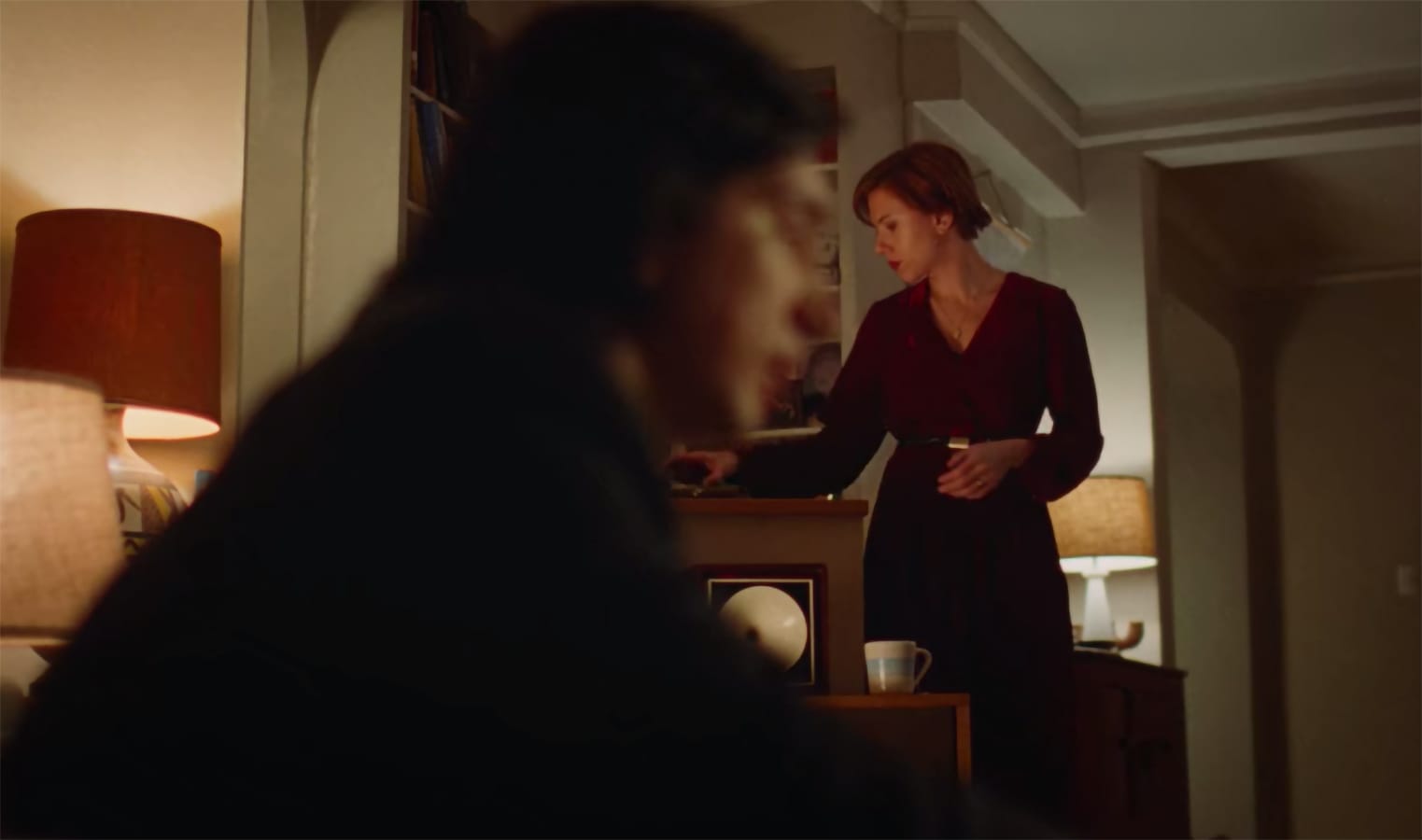 How did you work with your cinematographer, Robbie Ryan, to tell their story from a visual perspective?

I’m thinking specifically about the scene when Charlie and Nicole come home together from the closing night of their play. Initially, they’re both sitting apart—he’s on the couch and she’s in a chair—and we’re shooting them separately. We’re not over either of their shoulders; they’re very much objective to each other, and it’s a more formalized conversation. Then, when she moves further away and they’re quite far apart, we could’ve shot them from the side to emphasize that space, but instead we decided to shoot through them, so that her face is always in the foreground when we’re on him, and his is in the foreground when we’re on her. What that does is flatten the space so that we get the sense of distance between them while also creating this compression, almost like they’re stuck together.

The apartments in the film have a theatrical quality. It’s like you’re watching them in a rehearsal space or on a bare stage. I’d love to know more about the role of production design in illustrating both their life together and how they adapt once they’ve come apart.

One of the reasons both apartments were chosen was for that theatrical stage component. Their apartment in Brooklyn has that little proscenium arch where they come in, like they’re almost on stage for the babysitter. The space has their personality and history in it because it’s their home, but when we later see the same space and half the stuff is taken out as Charlie’s signing the divorce agreement, it looks bare. In the case of his apartment in LA, the way the kitchen and the living room have that half-wall between them, it was like a bifurcated set. I thought about it like a split screen.

My production designer, Jade [Healy], and I looked at these spaces and thought about the notion of performance: how couples perform for each other, how actors perform, how lawyers perform—and all that was baked into the story. As for the costume design, I thought it was funny that Charlie’s stubbornness or refusal to fully acknowledge what is going on could be represented in his wardrobe, in the fact that he’s still dressing for New York even though he’s in LA. He wears an overcoat and a sweater even though it’s a totally different temperature. 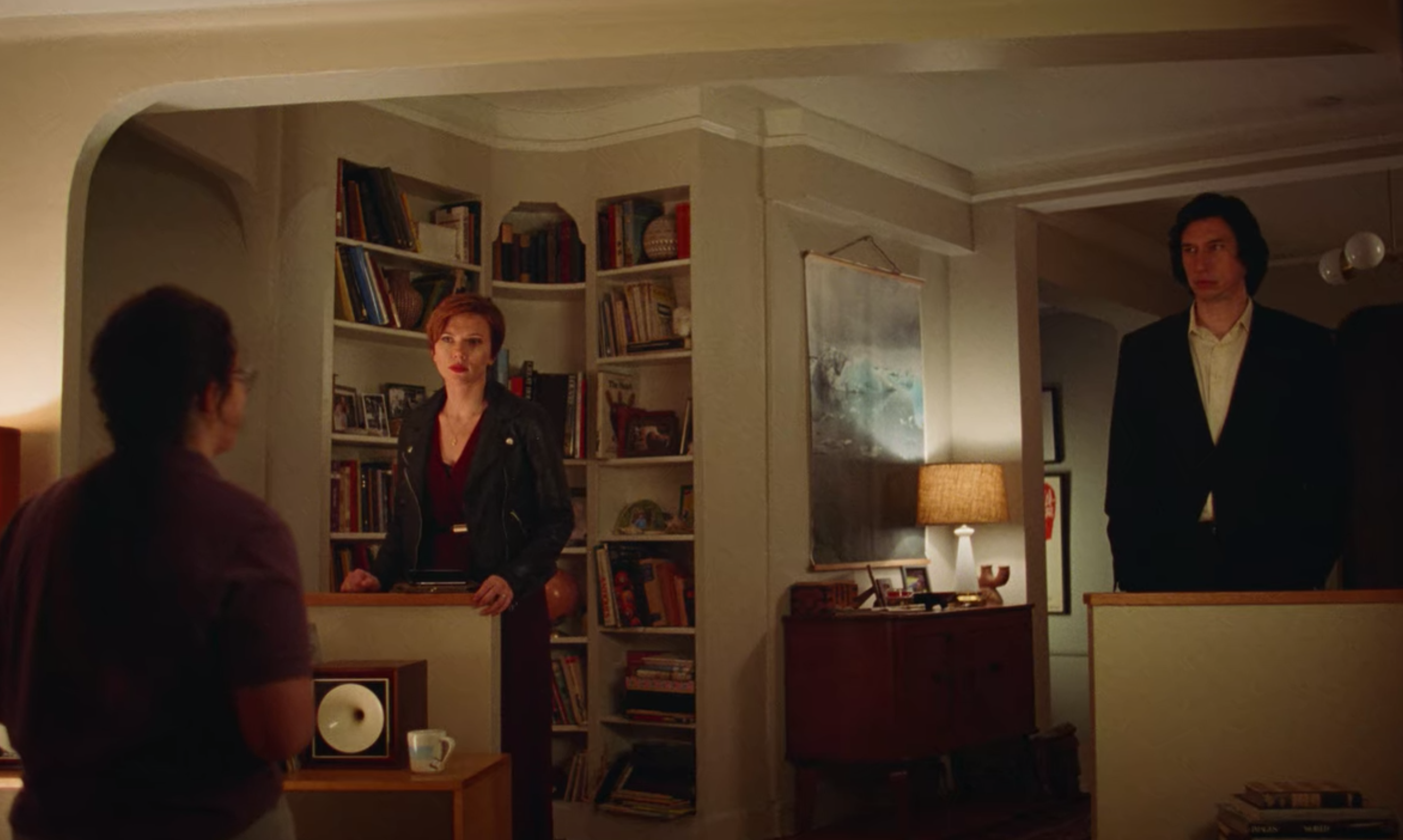 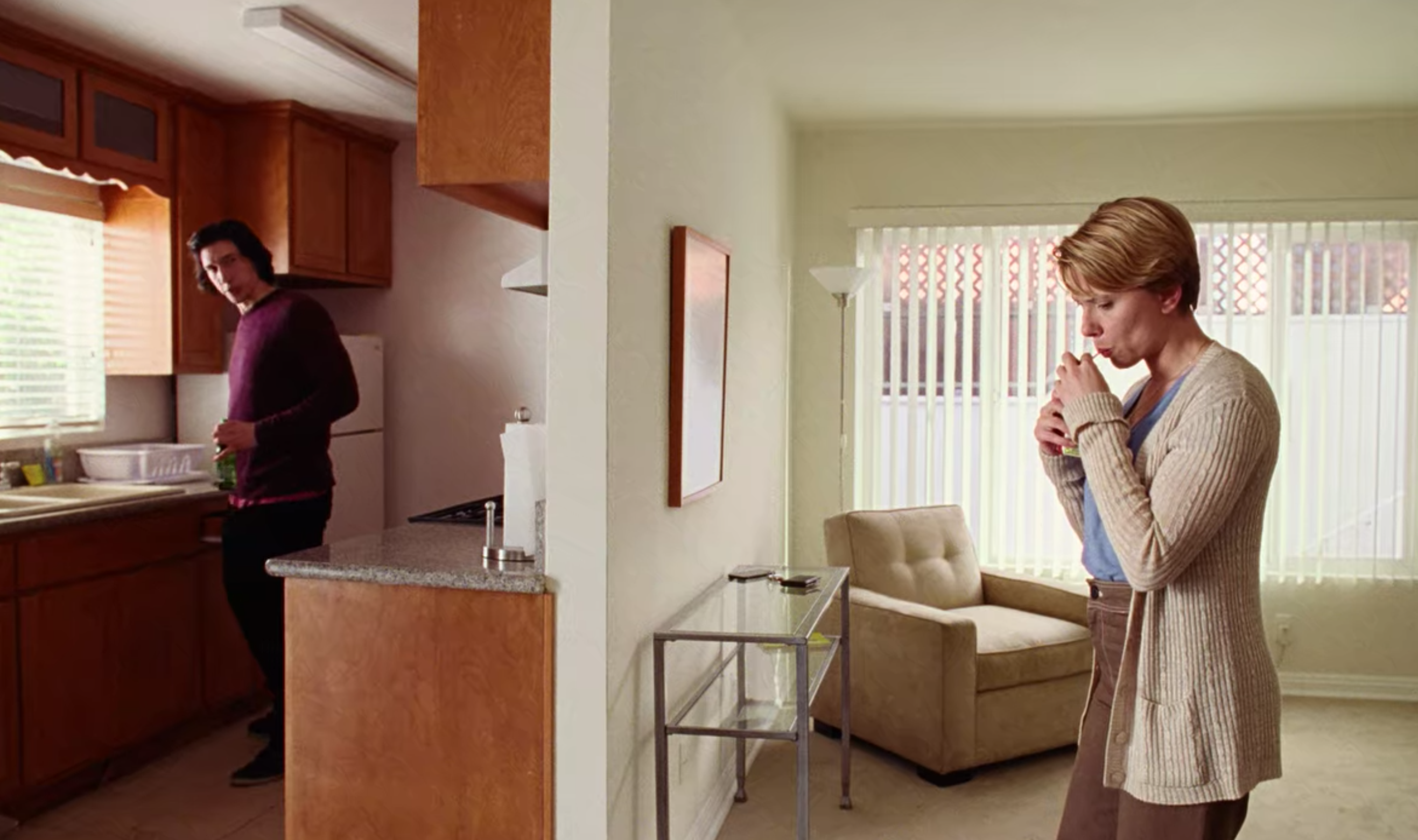 Are there particular New York or Los Angeles films that you had in mind?

There are many wonderful movies set in those cities. I can watch any movie that takes place in New York before a certain time. Even if I don’t love the movie, if it’s actually on the streets of New York I love watching it anyway. When I was a teenager in the eighties, New York wasn’t as friendly for shooting; it didn’t have a tax credit, so only big-budget movies could be shot there. Most were shot in Toronto. But I even have an affection for some of those New York movies that don’t look anything like New York. You go back to early Hollywood movies like Holiday that take place on the east coast but are all shot on back lots, and there’s still something that feels so New York about them. I love the midtown of The French Connection, like when Gene Hackman and Roy Scheider are following Fernando Rey, who’s eating in a fancy restaurant, and they’re freezing outside. It’s such a great midtown movie. And then there’s Marathon Man, which has the Diamond District and the area up by Columbia and through Central Park.

I found myself thinking about An Unmarried Woman, another great New York movie from that time.

I love her strange Upper East Side apartment in that movie, which is more of a modern building for that time. I like how real it feels. So many movies tend to pick a building with nicer architecture or some prewar town house, but that one seems like it was built in the sixties. When I drive on the FDR, I often think about An Unmarried Woman.

In terms of LA movies, there’s Robert Altman’s The Long Goodbye, which I actually thought a lot about for Greenberg. I love that apartment complex he lives in. Also Play It as It Lays, the adaptation of the Joan Didion book. It’s not particularly successful, but I like how it was shot, the beautiful cinematography of Jordan Cronenweth. 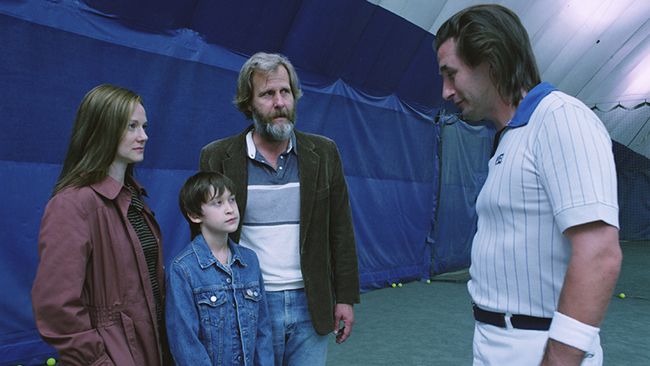 The Squid and the Whale: 4 Way Street
By Kent Jones 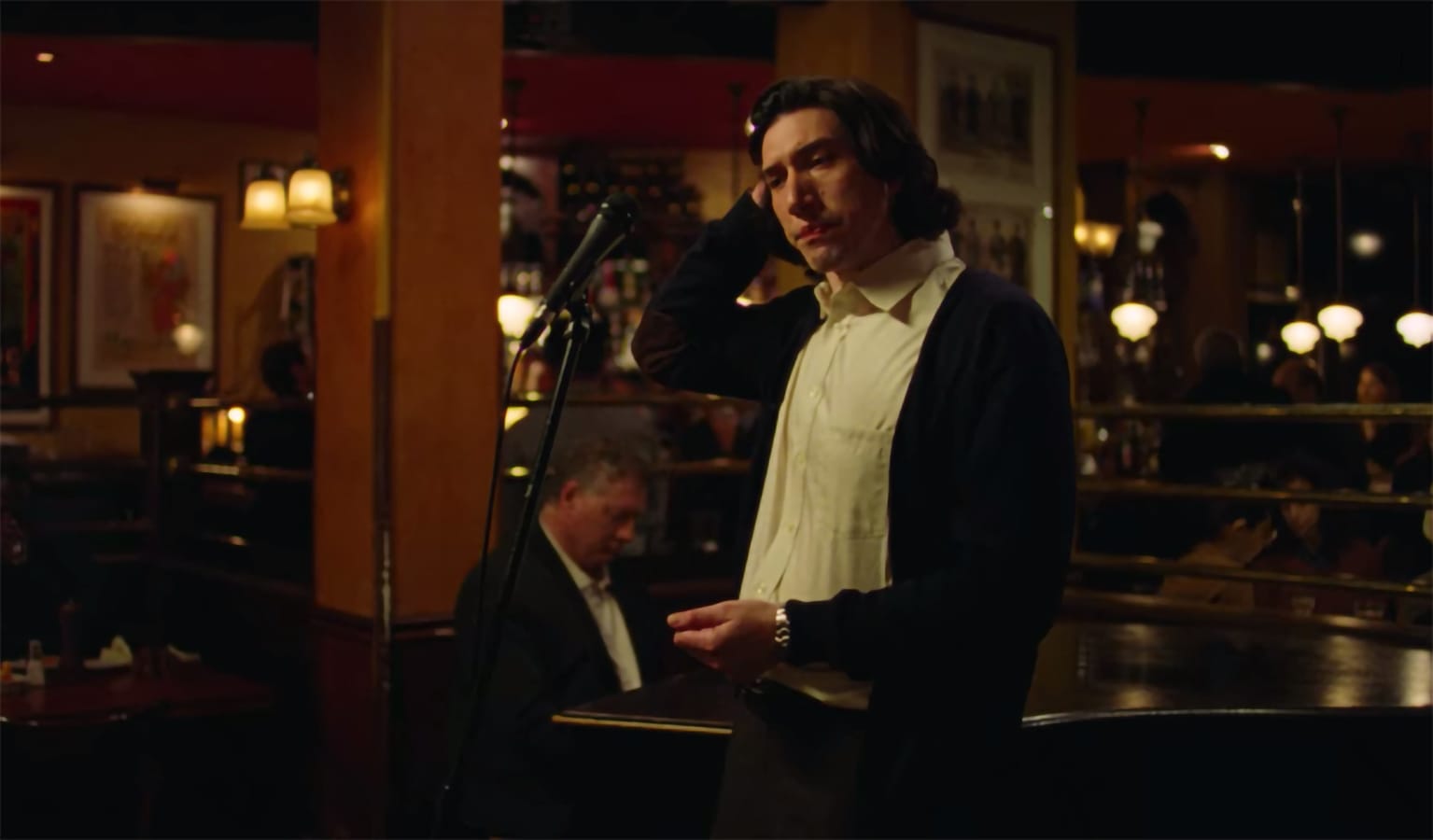 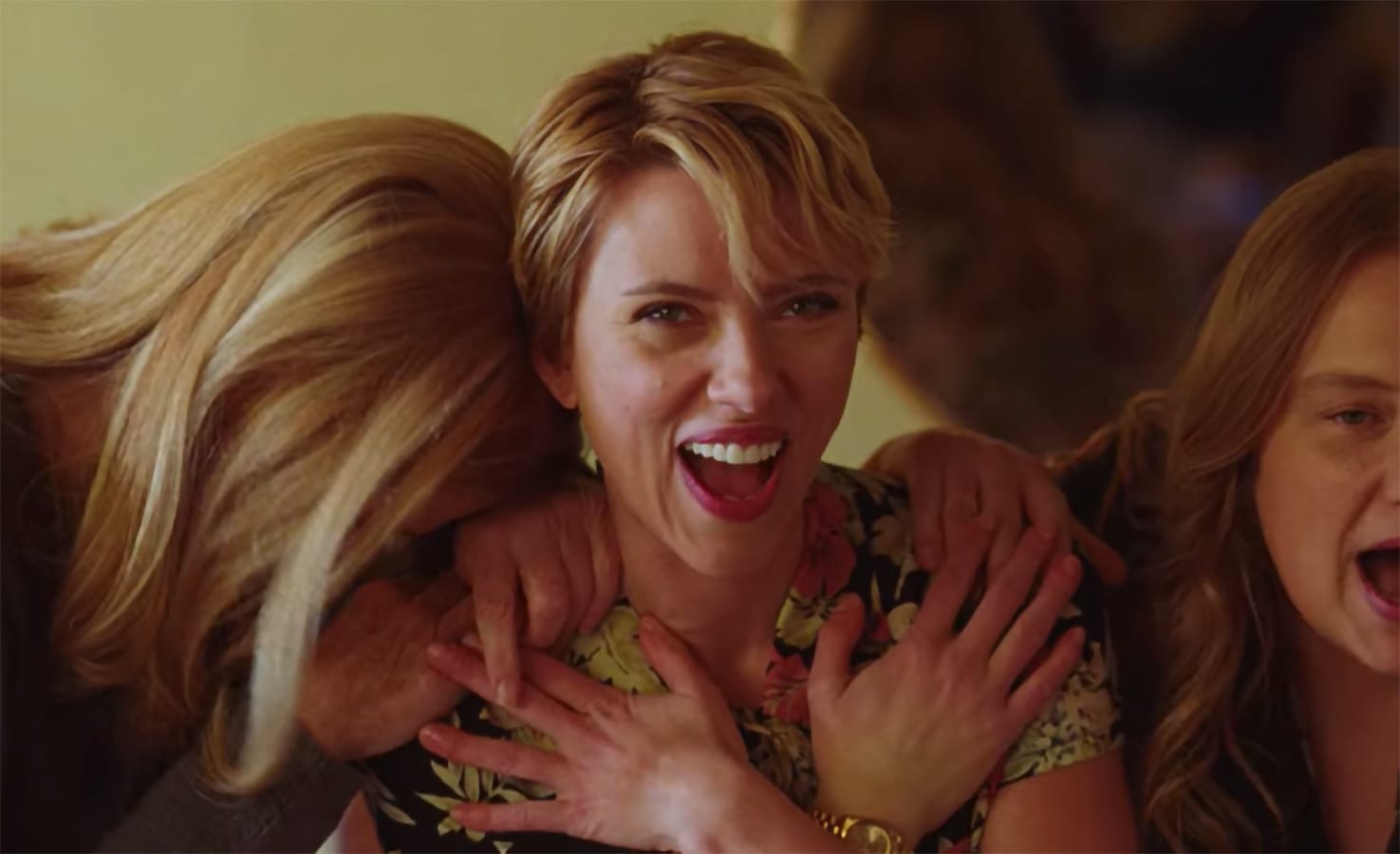 Was there anything you gave the actors to help them get into the mood of the film?

Company was a big thing for us. Adam and I had already been talking about itfor a few years, and we brought Scarlett into that. We’d talked about how much we both liked it and were wondering how you would make a movie of it, if that was even possible. It became another example of how character helps inform story. On the one hand I just liked the idea of Adam singing “Being Alive,” but Charlie was also an artist who I felt would be more expressive through art, through something that he loved that wasn’t his words. He’d be singing because he knows it and loves it, but at the same time it would provide an opportunity for a kind of internal connection, some change in his character. It could work like a song in a musical, where the character starts out in one place and is somewhere else when it finishes.

I liked the idea that Nicole would also be singing from Company, and how that becomes a point of connection for them even though they aren’t present for each other’s renditions. It’s an invisible conversation that’s still going on between them, and it’s also history. You can guess that she grew up singing Sondheim with her mom and her sister. They have the dance moves down, they’re entertaining their friends, and we can imagine they’ve done it before. We can also imagine that it was a point of bonding for Charlie and Nicole when they first met.

Considering the film’s tonal shifts from comedy to drama, do you feel it allowed you to draw from a wide range of your influences?

Thinking about different movies and visual ideas is a fun part of preparing a movie and working with my collaborators. They’ll have ideas and bring in photographs or scenes from movies that will introduce new ideas, and it’s always exciting because it’s a dialogue that builds on itself. Some of that inevitably finds its way into the movie, and it can be the smallest things. In a way, movies become experiences, notes from life that get put into the mix. For instance, I think a lot about how in All the President’s Men Robert Redford wears brown socks with black shoes or black socks with brown shoes, which was something that really resonated with me. Or it could be the sweater Isabelle Huppert wears in a certain movie that we all connected to that’s paired with a hairstyle from someone we know. It all becomes interchangeable.