After more than three decades in front of the camera, Natasha Lyonne understands a thing or two about what makes on-screen charisma. Previously best known for her early-career performances in films like Slums of Beverly Hills and But I’m a Cheerleader, she has in recent years become one of the most exciting actors on TV, earning Emmy nominations for her work in the prison comedy Orange Is the New Black and the existential head trip Russian Doll. The latter series, which she created alongside Leslye Headland and Amy Poehler, has allowed her not only to showcase her talents as an actor but also to hone her skills as a director, writer, and producer.

A devout cinephile with a taste for classic Hollywood, Lyonne talks about the actors she loves with a passion that’s infectious. And among her idols is one of the dream factory’s most audacious stars, Barbara Stanwyck, whose pre-Code performances we’re celebrating on the Criterion Channel now with an eleven-film retrospective including such classics as Baby Face, The Miracle Woman, and Night Nurse. For the occasion, Lyonne spoke with me on what captivates her about Stanwyck and the pleasures this era of American cinema has to offer contemporary viewers.

What made you fall in love with Barbara Stanwyck?

I’m a huge fan of the whole pre-Code era, and what I love about her so much in those movies is that she’s never an ingenue, even when she’s playing one. In real life she was Brooklyn-born, was smoking by the time she was nine years old, had this horrific childhood, went through the foster-care system—and as a result, even when she’s completely barefaced on-screen and playing an innocent, she never looks lost. She also wasn’t playing the way a lot of other actresses played. Garbo, Dietrich, Bette Davis—they were always hiding something from you. But Barbara Stanwyck had a real honesty to her.

A quality that I adore about so many of my favorite actresses of that generation is their street smarts, which has become a lost art in modern times. The way these women smoke their cigarettes lets you know it’s not their first rodeo. Somewhere along the way we got the message warped and started thinking that an ingenue should be this brainless creature who’s readily available for the male gaze to be projected upon. But what we now associate with “camp” was so effective in the thirties: it was like acting as extreme sport.

Which of her films from that period are you particularly drawn to?

The Miracle Woman and Baby Face are interesting in that both have these huge fires. Whether it’s Capra, who directed The Miracle Woman, or Nietzsche, who gets referenced frequently in Baby Face, it’s trial by fire for Stanwyck. There’s a special-effects element at play, but it’s the monologues she gives that are the real pyrotechnics. When you first see Barbara in The Miracle Woman, she’s spitting vitriol at this pile of hypocrites, giving this speech about blasphemers, liars, adulterers. It’s so dynamic, and you actually believe she thinks she’s hearing the voice of God. I really enjoy a speech like that. I like it when people start screaming. It reminds me of Network: a speech about the human condition being totally rotten.

The Miracle Woman is also interesting because I can believe that she’s in the grips of this awful manager and is someone who can’t figure out how to get herself out of a sticky situation. But at the same time I also completely believe her when she moves so quickly from being kind to being someone who can orchestrate deceit and navigate the chess moves in human relationships.

In Baby Face, there’s this combination of Nietzschean philosophy with a screwball nightmare about sleeping your way to the top—and that’s why I love movies of this era. That would never make it through a studio today. You can tell they had to churn these movies out so quickly that they were just going with the first idea they had.

In that movie, her father is essentially pimping her out at first, but by the time you get to the speech in the back half of the movie where she tells the banker she loves that she cannot go back to what she was, you believe her. Her trick is to be completely nihilistic or she’s doomed—that’s what life has taught her. You believe her speech so purely, and I forgive her in that moment. Usually in the movies, when you see a woman trading sex for something, there’s a pimp figure, but here she’s doing it for herself, and at every twist and turn I want to see her come out on top because she’s had it so bad. And that is actually the stuff you can’t teach. Barbara Stanwyck has this underlying quality that makes us believe she’s lived it and seen it all. There’s something about survival in her performances.

“The way she stands is like someone who’s got eyes on the back of her head—she’s checked all the exits.”

There’s this immediacy to her performance style that makes you feel very close to her.

What’s so extreme about all these pre-Code movies are the male-female dynamics and the concept of what a woman should or should not be. They’re the most incredible time capsules. Watching them, you understand what the human condition has always been and will always be: people fighting to make sense of a life where mortality is inevitable, and where they feel powerless and restless. Our concept of history would have it that women didn’t really have an independent spirit prior to the sixties, but these films help us understand that nothing could be further from the truth. In pre-Code cinema, there were these fully embodied, fully realized independent women who were saying: I want to live, damn it, I don’t care what it takes. It’s either life under someone’s thumb or it’s me with just a dollar in my pocket, a cigarette, and a fur stole.

What else have you learned by watching Stanwyck and all of these classic Hollywood stars you love?

They’ve got moxie to burn. They go all in. They act from the tips of their toes to the tops of their little bowler caps. Their fingernails are on fire!

And women in this era could just crush a zinger. They had no problem tossing something out of the sides of their mouths without expecting a return on it. As the study of film has developed, it’s almost as if people have tried to quantify and segregate typologies of personhood: the shy girl is this way, the mouthy broad is that way, et cetera. But Barbara Stanwyck is playing all of these women. She’s playing the best friend, the ingenue, the lead, the woman who’s been around the block, the girl next door, the intelligent one, the dumb one. I think that’s as it should be. A lot of actresses at that time did that, and it’s very fun to watch them manipulate the tools they had—to manipulate cinema.

You also feel like Stanwyck knew she had a duty because times were so tough. It’s like she knew it was her job to entertain people who had paid the hard cash that they didn’t have just to escape reality for an hour and fifteen minutes. And she delivered on that promise! In some ways, that’s the most professional thing about her; it’s not just about showing up on time and being word-perfect, it’s also about being without ego. Even the way she stands is like someone who’s got eyes on the back of her head—she’s checked all the exits. I like when a heroine is quintessentially female but also a bit of a mob boss—like she might have a lady handgun in her little pocket book, like, don’t fuck with me, I’m Barbara Stanwyck.

The series Pre-Code Barbara Stanwyck is available to stream on the Criterion Channel through October 31, 2019. 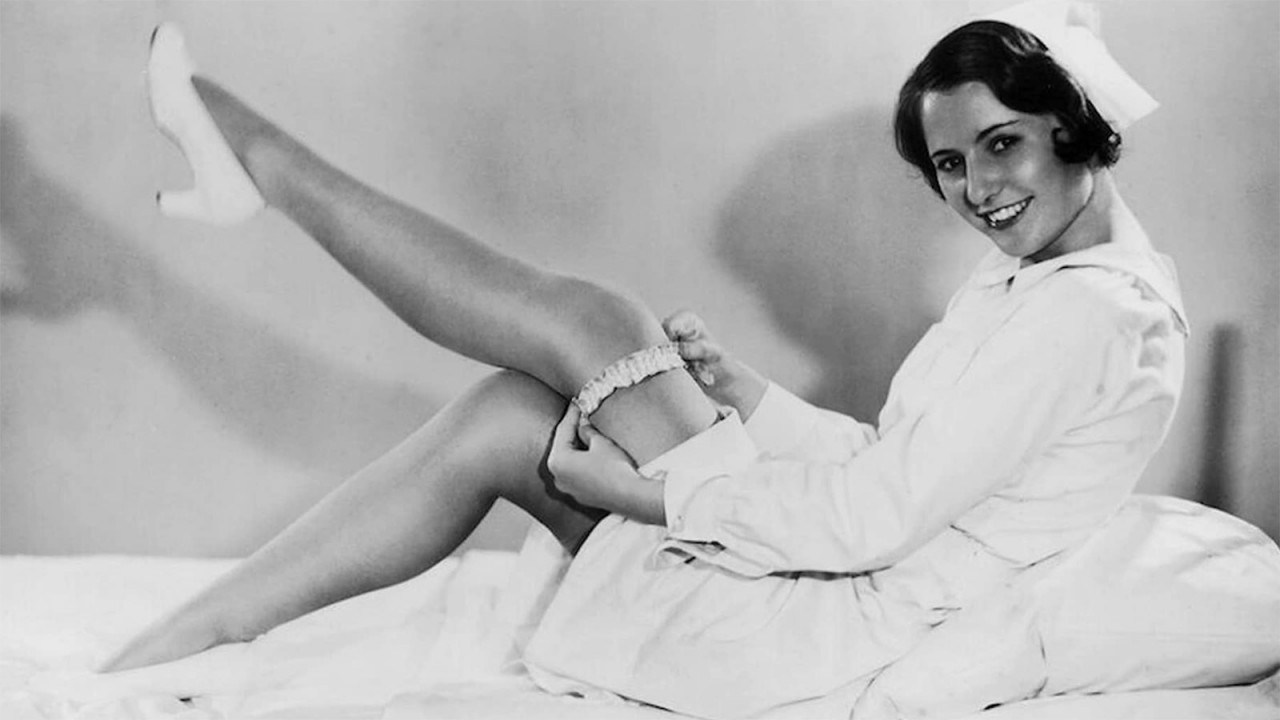 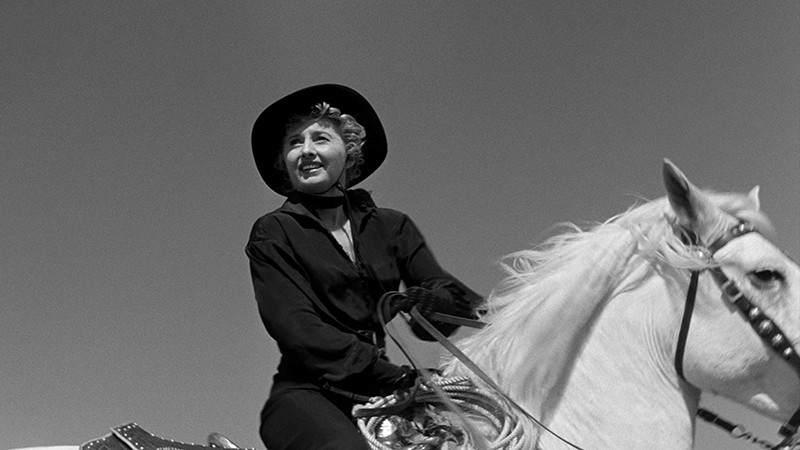