Christian Petzold’s films are like dances in which people circle each other but never quite connect. The most resonant moments in the German writer-director’s work are not ones of dialogue or plot development but of blocking and choreography: bodies intertwining, eyes meeting, a forearm placed at just the right angle. Filled with isolated characters living on the margins of society and in the transit zones of contemporary Europe, his quietly simmering dramas bring the ghosts of history into conversation with the anxieties of modern life.

Petzold got his start at the German School of Film and Television, where he studied under the late experimental filmmaker Harun Farocki, who would go on to become a frequent collaborator. The director then honed his craft as a founding member of the Berlin School, a loose filmmaking movement that emerged in the nineties as a politically charged alternative to the light entertainments the German movie industry was producing in the 1990s. His films—including an acclaimed trilogy he refers to as “Love in the Time of Oppressive Systems”: Barbara (2012), Phoenix (2014) and his latest, Transit (2018)—show his deep knowledge of cinema history and eclectic taste, and often pay subtle homage to the movies he loves, including the masterpieces of Alfred Hitchcock, the romantic melodramas of Douglas Sirk, and low-budget mind-benders like Edgar G. Ulmer’s Detour and Herk Harvey’s Carnival of Souls. But his use of influence goes far beyond mere allusion: it’s the way he strips genre down to essential elements of rhythm and atmosphere that makes his work so distinctive.

While Petzold was in town last week for the kick-off of a career retrospective at the Film Society of Lincoln Center (running through next Thursday), I spoke with him about his complex relationship to his cinematic inspirations and the process of making Transit, which reimagines Anna Seghers’s 1944 novel about a German refugee who assumes the identity of a dead writer.

After seeing Transit, reading the book, revisiting your films, then going back to the book again, I was struck by just how much the atmosphere of the novel can be found throughout your body of work. I know you and Harun Farocki spent a lot of time with it over the years. Can you tell me a bit about how you interpreted the novel cinematically, once you decided to approach it head-on?

I’ve read that Eisenstein and Rossellini had really big beds because that’s where cinema starts for them, on the borderline between being awake and dreaming. You can often find people in movies reclining on their sofas in the middle of the afternoon—that is the cinema time of day. So with Transit I wrote down what I could remember from the book, what was important to me, without reading Anna Seghers’s work again. Later I was astonished that my friends said that some scenes were exactly like the book.

You’re clearly a voracious cinephile, and your films all have their own echoes of cinema’s past. I’m wondering where it all began. What was the first film you fell in love with?

I must say, it was The Jungle Book (1967), when I was seven years old. I’m not joking! I lived in a small town and my parents left me at the cinema because they wanted to buy something or have lunch by themselves. The film made such a big impression because it’s filled with colors and choreography. And it actually has something to do with Transit in that there is also a boy at the center of it who doesn’t have any parents and is all by himself. That resonated very deeply with me.

Did you go to the cinema often when you were growing up?

The cinema closed two weeks after I saw that. In all the small towns in Germany, cinemas were closing, like in Peter Bogdanovich’s The Last Picture Show. So there was no cinema there anymore, but my parents would take us to the next big city. Then, when I was sixteen and in school, there was a new boy in our class who came from a big city and had books that I hadn’t read, including Hitchcock/Truffaut. From the moment I read that, I was a cineaste. 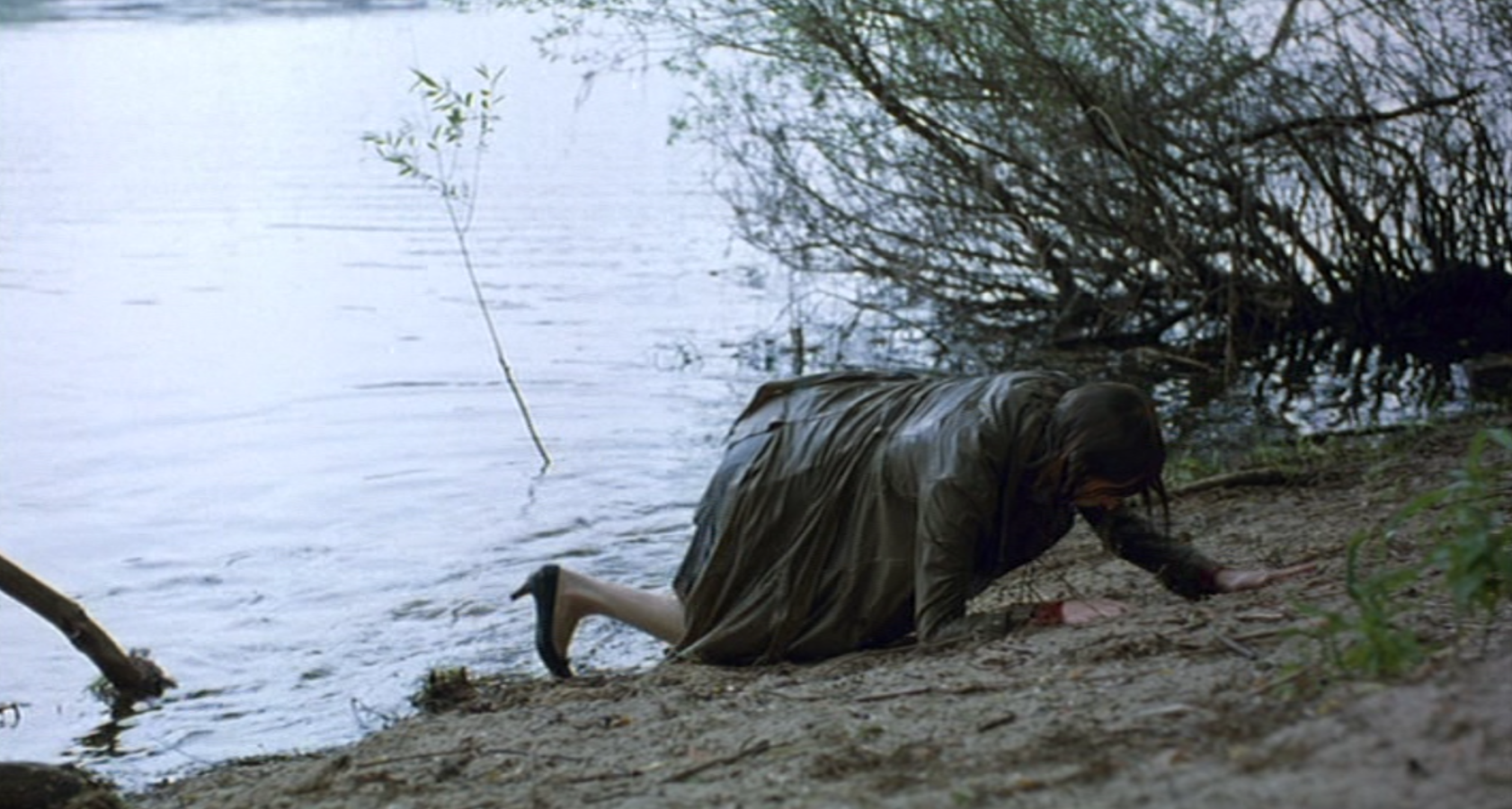 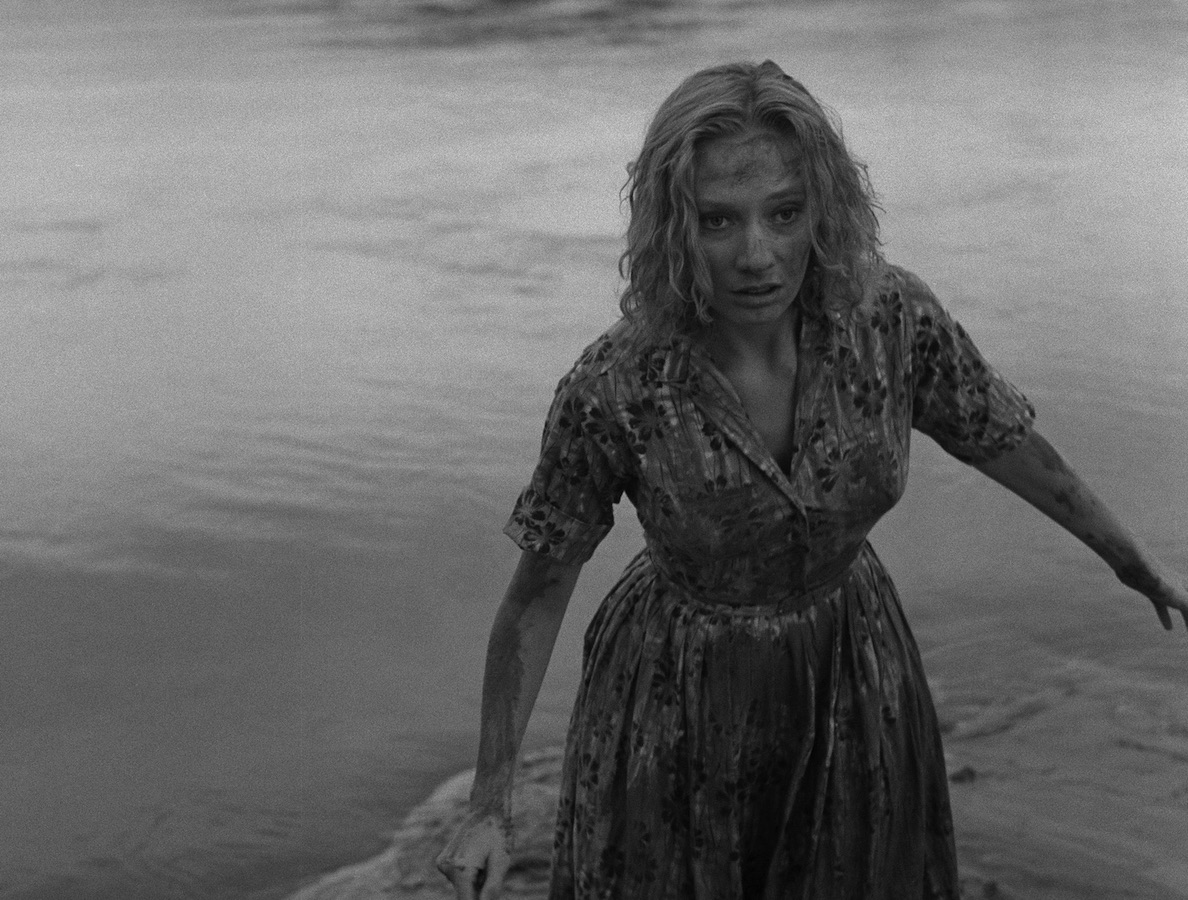 I read an interview in which you said that because you came to cinema as an intellectual, you had no choice but to reflect on movies while you were making your own. I thought that perfectly encapsulated the way your work interacts with the films you admire. Can you talk about your relationship with your influences?

Well, for example, when we made Yella, I knew that movie had something to do with Carnival of Souls, which I’d seen three or four times in the eighties when I was young. But then I was really impressed when someone made a film essay comparing the two films and Yella was totally like a quotation of Carnival of Souls!  I hadn’t realized that. So now I know cinema has to do with the subconscious.

I’ve made big mistakes in my life . . . also in my cineaste life [laughs]. For example, when I wanted to make a quotation, it was a disaster. At the beginning of making Yella, I’d seen Hitchcock’s Marnie again. We ordered very expensive tracks that stretched one hundred meters on a train platform, and Nina Hoss had to stand on this platform like Tippi Hedren. It looked great, but I knew in that moment it was total shit because it had nothing to do with our story—it was just a quotation. It cost 65,000 euro and we threw it out. So I hate quotations. A movie might open a door for you, but to go through that door you don’t have to make quotations.

You often use well-known songs to great melodramatic effect—I’m thinking of Julie London’s “Cry Me a River” in Beats Being Dead or “Speak Low” in Phoenix. How do you go about choosing music?

For me, the music in my films always comes from characters using it as part of their lives and their desires and their visions—that’s when it becomes important for me. For example, in that “Cry Me a River” scene there is a girl who is a refugee in Germany and can’t speak German or English very well, and then there’s an upper-class guy who knows three languages. They’re dancing together and he translates “Cry Me a River” for her. I didn’t want to make a movie about class warfare or a love story between classes—such melodramatic subjects—but I wanted to show it through dance and physicality.

You use the word choreography a lot to describe your filmmaking, which I love because to me your films give you the feeling that the characters are engaged in a dance. There’s often a tension between stillness and movement, which reminds me of Pina Bausch or Chantal Akerman’s Toute une nuit. How do you work with your actors and cinematographer to achieve this?

I have a working structure that I’ve used since making The State I Am In (2000). The actors all come to set at 8 a.m. without any makeup, just their costumes. And the only people who are there are them, me, and someone with coffee. We start to rehearse what we want to accomplish on this day, and it takes us three or four hours to find the choreography of it. It takes some time, and the producers want to commit suicide because nothing happens. But we find the choreography, and then we get the cinematographer and the sound and lighting departments, and we show them what we’ve done. When the actors go into makeup, the cinematographer, the editor, and I talk about how we can film this, and it doesn’t take more than a half-hour to make a storyboard. We write it down and then Hans [Fromm] does the lighting and the actors come back. We do one take, and then at four o’clock we can go home. 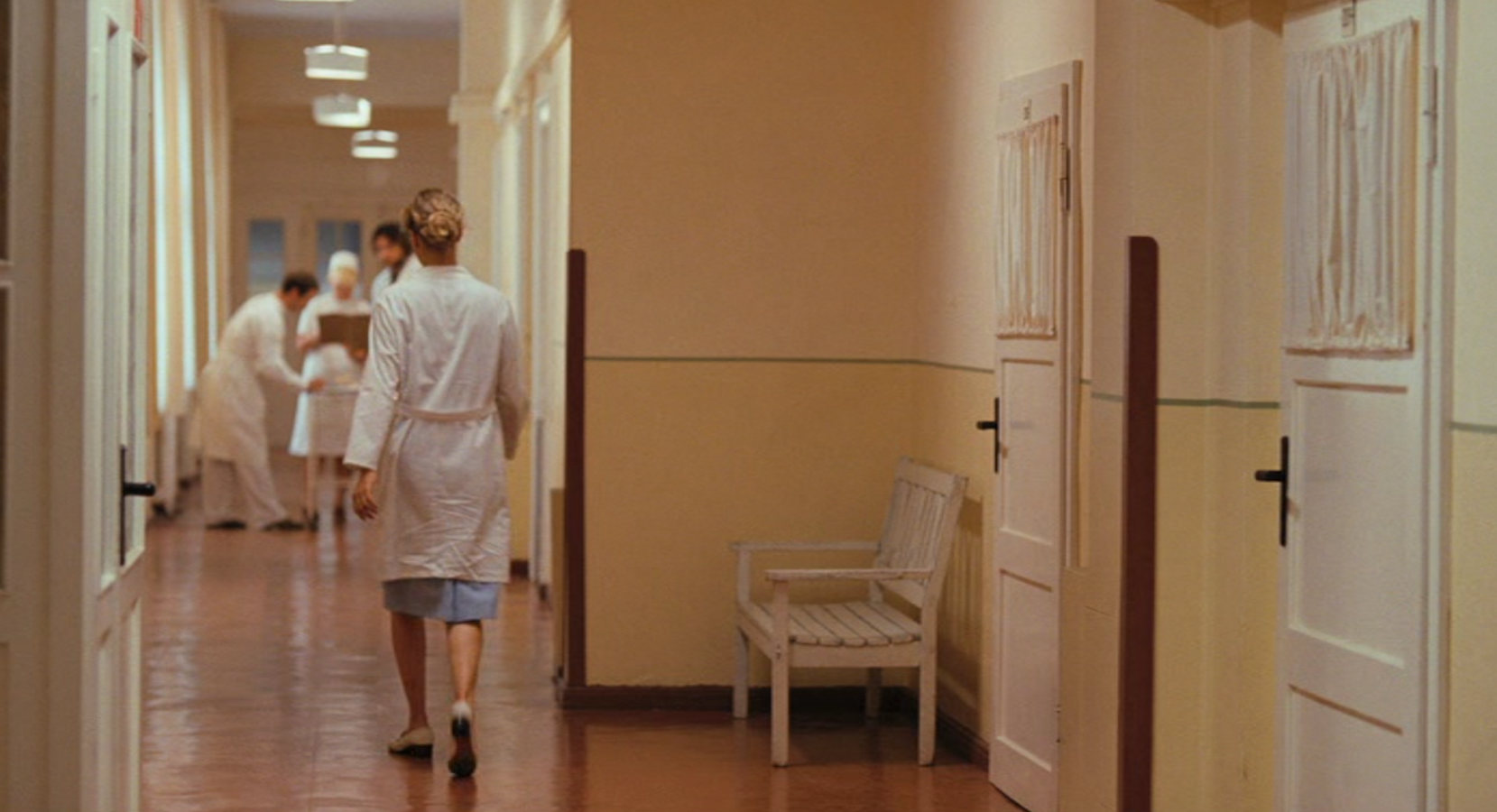 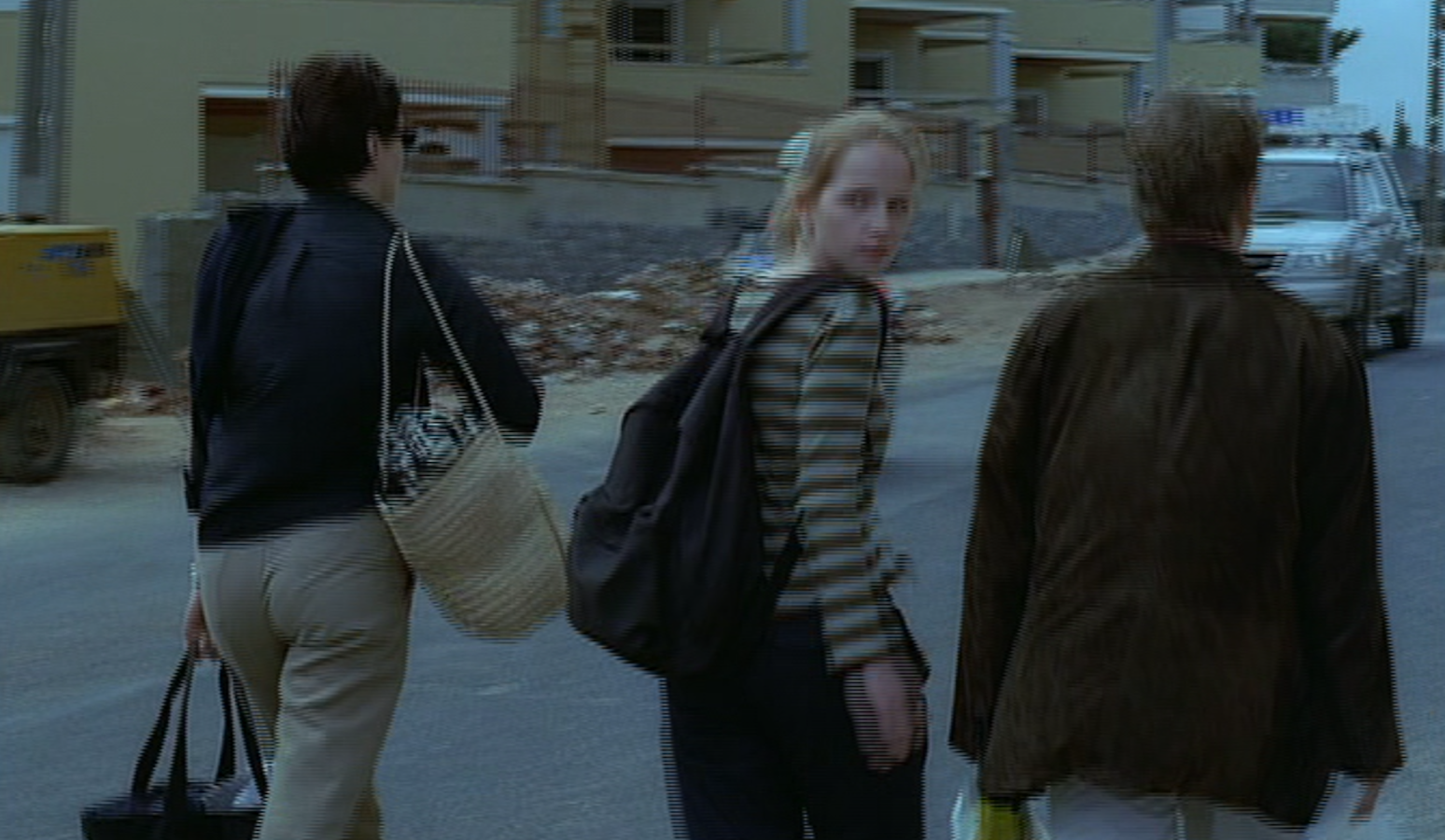 The State I Am In 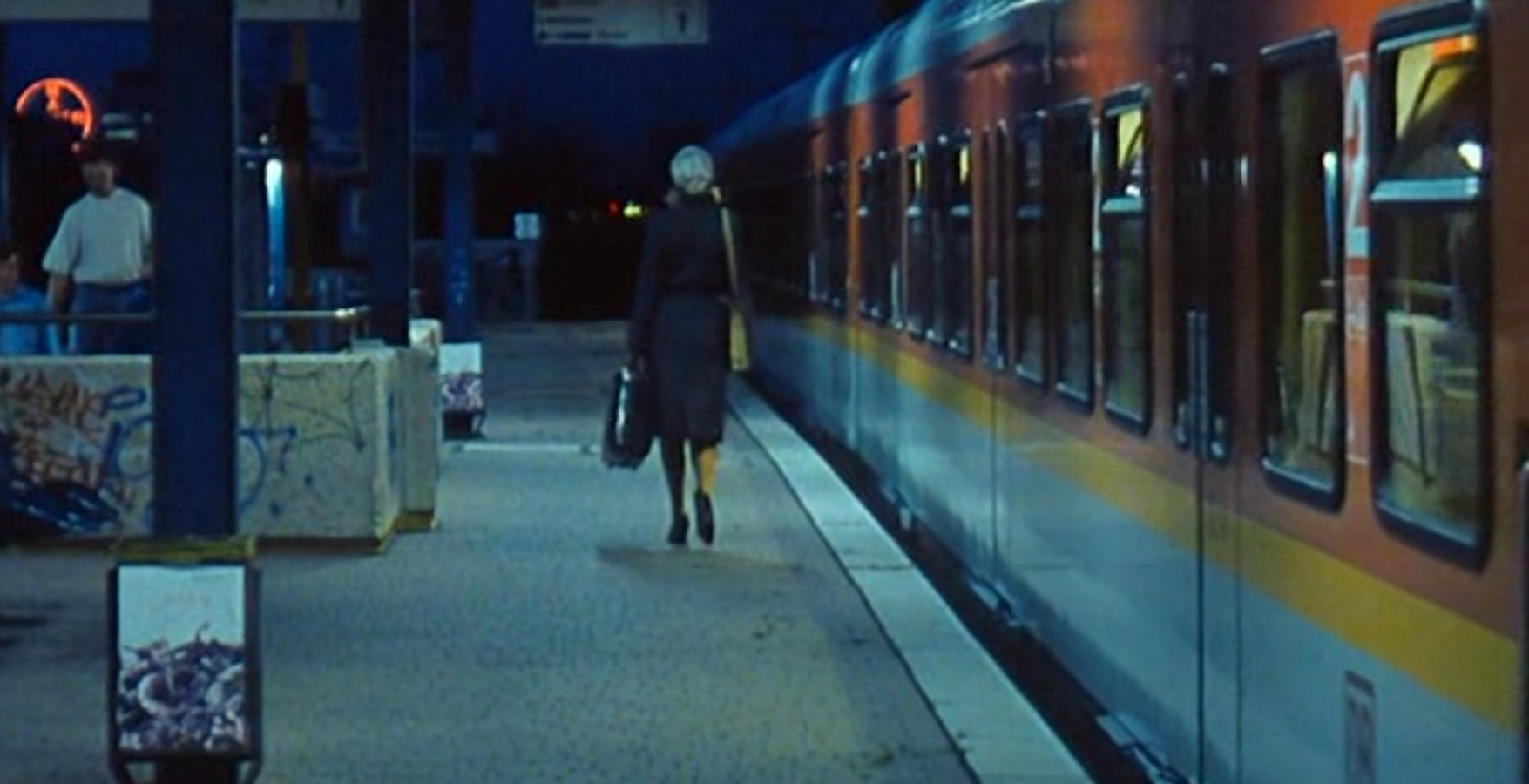 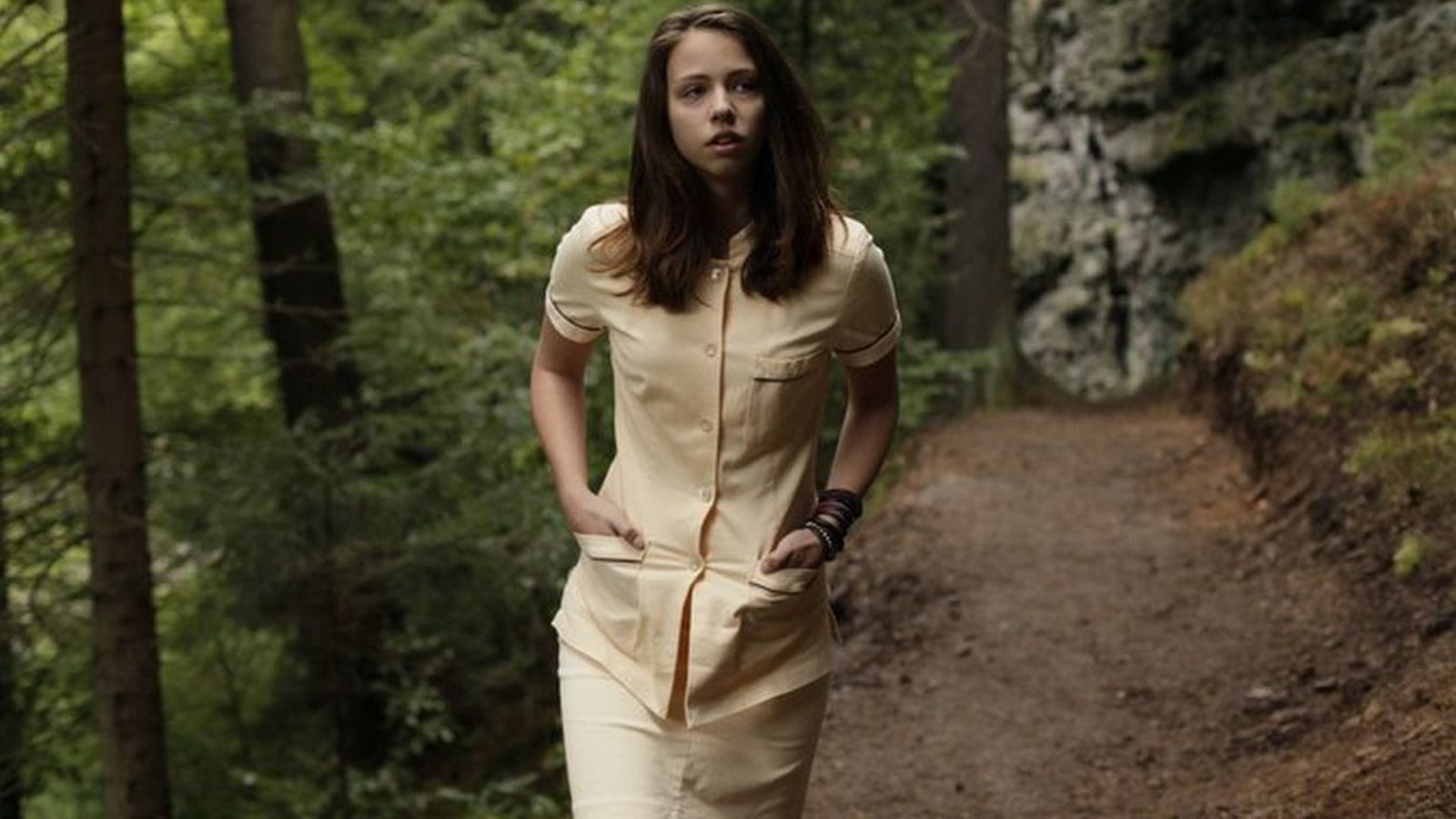 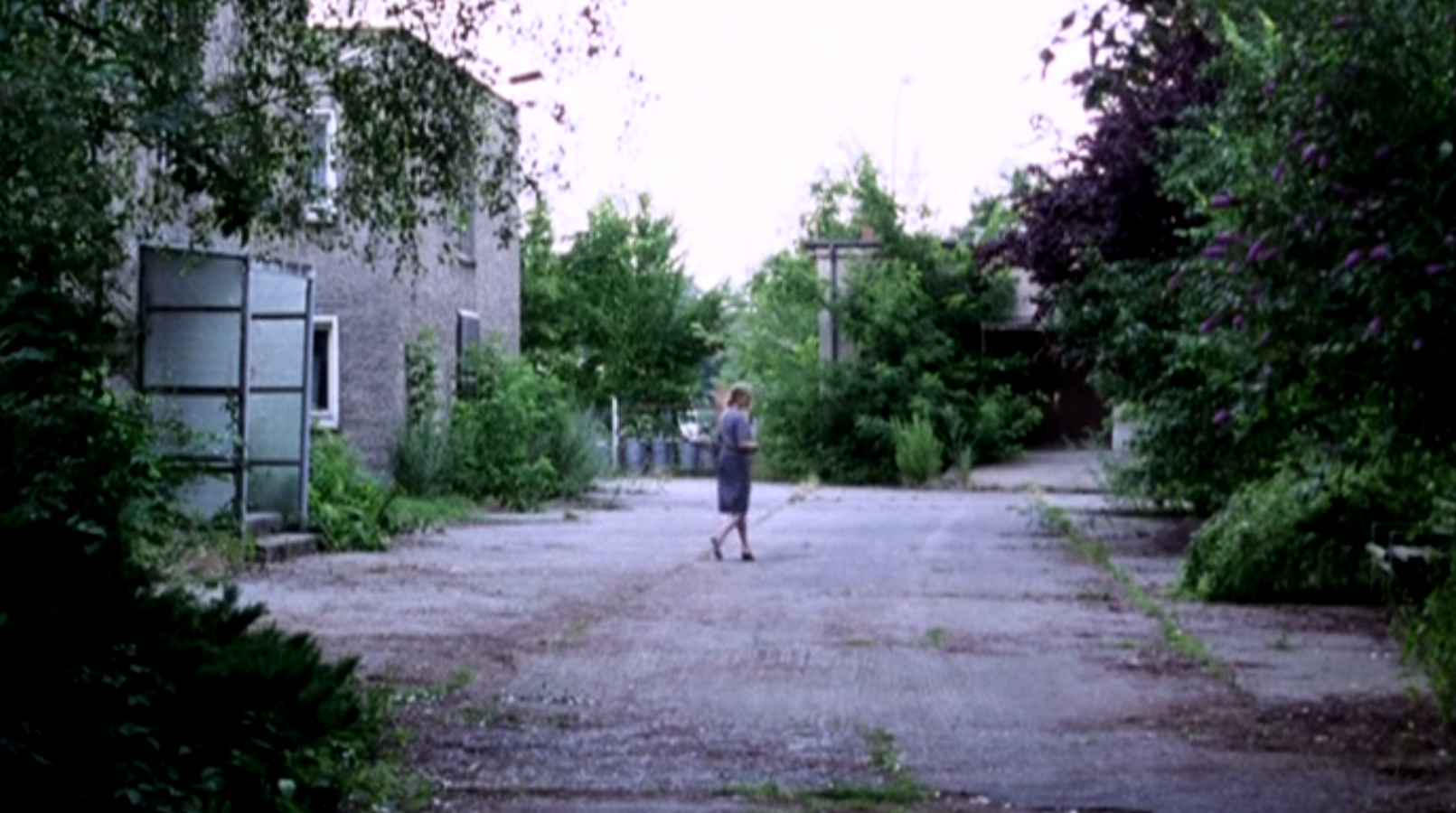 Something to Remind Me 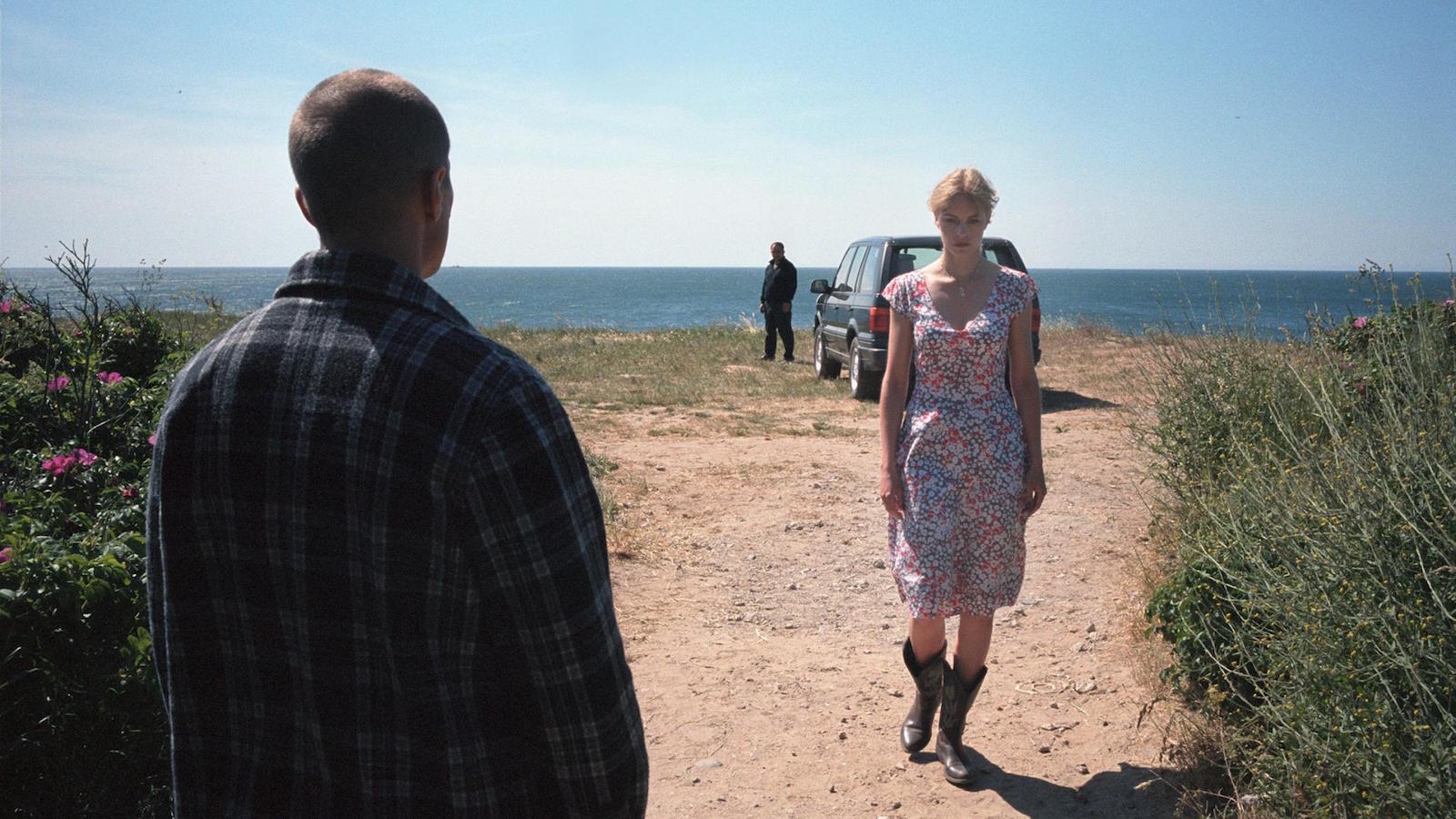 What is it about transient spaces—border zones, hotel rooms, train cars—that attracts you as a storyteller?

These spaces look like they have something to do with a voyage or a journey, but for me they feel fixed in space and time. There’s no development. Yesterday I was in Heathrow for twenty-two hours—this is a shit place in the world, but it’s filled with images of waterfalls and beautiful women and advertising for wellness. Yet nothing is happening—you’re dying there. Capitalism makes all of the world the same. It tells you that just around the corner there’s an adventure, but there’s nothing. So cinema has to find the adventure.

Your films are so location-specific. Is searching for these environments a special part of the process for you?

The thing I like most is finding the locations—by myself, not with the others, and mostly by bicycle. After I’ve written the script, I go three, four, five days by bike, and always without a camera. I never photograph the places. I just look around, smoke a cigarette. Then I go back to the desk and write the script again because now I have an impression of a world that exists and not just one in my mind.

You have a knack for casting actors with the most incredible faces—Nina Hoss, André Hennicke, and now Franz Rogowski. That feels appropriate since much of the emotional resonance of your films comes from their physicality rather than the dialogue.

I fell in love with Lauren Bacall when I was fifteen. I saw To Have and Have Not with my family because my father thought he looked like Humphrey Bogart. He loved Bogart movies and we had to see all of them. Then, three or four months later, my father wanted to see Germany Year Zero because the boy in it was a little bit like him as a child, in the ruins of this big city my father grew up in. Later I remembered these two movies I saw with him, and both the boy and Lauren Bacall had old faces despite being very young. To me they were cinema faces. They were innocent but also knew too much and had too many scars. So when I first saw Nina in a movie—it was twenty years ago, and she was twenty or so—I thought she was like a little blonde German girl, but then she turned her face and I thought, she’s forty. She’d seen too much. It was the same with Paula Beer in Transit. She’s also very young, but around the eyes there’s life experience. I like that in cinema the characters can be both a part of us and far away. They’ve seen something, and we go to the movies to be part of their experience. 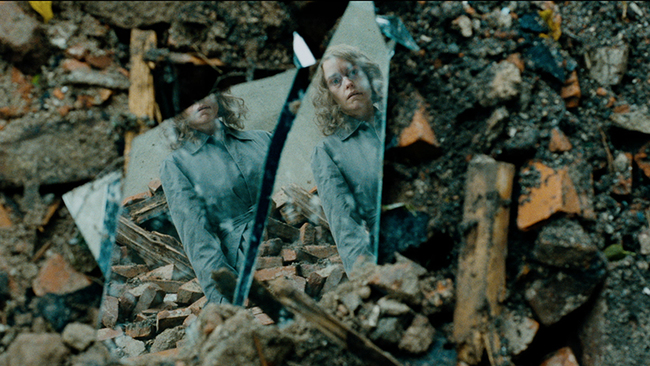 Phoenix: Just Be Yourself
By Michael Koresky 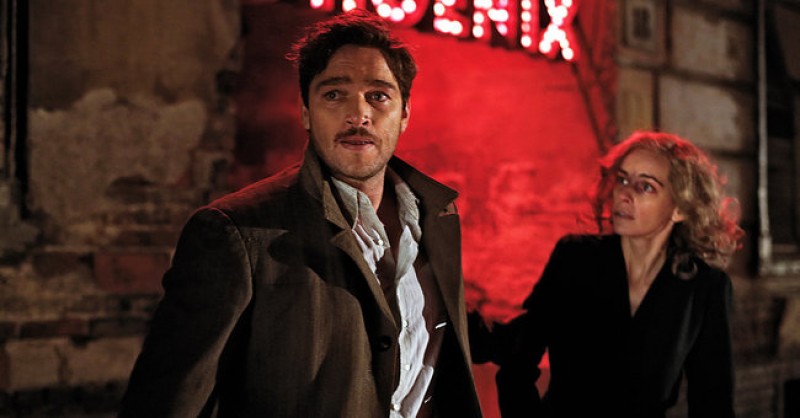