The Feelies never quite belonged to the “blank generation,” a term coined by punk rocker Richard Hell that describes the midseventies New York punk scene. They certainly played alongside the likes of Television, the Patti Smith Group, the Shirts, and other CBGB and Max’s Kansas City mainstays, but they never quite gelled with that crowd. Their sound was more angular and percussive than the shambolic style of their peers. They were the jangly alternative to the alternative culture, exemplifying a vibrant sonic quality that strongly influenced early R.E.M. and almost every other band that critics would eventually label “college rock.” Perhaps the twin rhythm guitar and percussion sections contributed to their outsider status. Or maybe they never quite belonged because Glenn Mercer and Bill Million, the founding members, hail from suburban New Jersey.

Wren (Susan Berman), the wayward, abrasive heroine of Susan Seidelman’s debut feature, Smithereens, also grew up in Jersey. But unlike the Feelies—who still regularly play Jersey City and frequently headlined Hoboken’s famed Maxwell’s before it shut down—she swears that she’ll never set foot there again. Seidelman mostly limits the film’s geographic scope to the East Village, but the Garden State is something of a structural absence in Smithereens. Like the hometowns of so many artistically inclined transplants in New York, Wren’s represents failure, a place where dreams go to rot. It’s easy to picture a brusque nonconformist like Wren chafing against the suburban mores of her youth, itching to escape and reinvent herself—Seidelman, too, grew up in the suburbs, and eventually fled her Pennsylvania hometown to develop her craft in New York. The threat of needing to return home, hat in hand, looms heavily over Wren’s urban misadventures.

Smithereens features three tracks from the Feelies’ debut record, Crazy Rhythms, all of which have a “kind of nervous energy,” per Seidelman, that epitomizes Wren’s scheming sensibility. “I met with Glenn Mercer and Bill Million, and they had an album [. . .] that just had this amazing rhythmic, kind of hyperactive feeling,” Seidelman explains in the commentary track on the Criterion edition of Smithereens, a perfect description of both the band’s music from that period and her film. The Feelies’ propulsive sound parallels Wren’s sharklike movements. She lives in a state of constant forward momentum absent concrete plans or prospects, a modus operandi that staves off her creeping loneliness.

In the opening credits sequence, Seidelman uses “The Boy with the Perpetual Nervousness,” the album’s ominous-sounding first cut, to capture Wren’s instinctual confidence as she moves through a pregentrified Manhattan. She steals her trademark black-and-white checkered sunglasses from an unsuspecting woman to the tune of Mercer and Million’s dueling guitars, which neatly click with Anton Fier’s rolling tom-tom drums. This sequence ultimately shows Wren at her peak: she’s an independent woman with enough of a handle on her improvised lifestyle to project an image of self-sufficiency. But as the film unfolds and Wren descends into homelessness and isolation, it’s another Feelies track, “Loveless Love,” that encapsulates the ease with which such a patchwork life can fray apart.

“Loveless Love” makes two brief appearances before Seidelman lets it play at length, and in both instances the song is associated with Wren’s primary object of fascination, Eric, an aloof rocker played by Richard Hell. The first time Seidelman features the track, Eric kicks Wren out of his loft after she sneaks in without asking, violently accosting her for presuming she’s allowed to crash with him. It plays again when Wren tries to reenter Eric’s loft only to discover that he has pocketed the money they scammed from a businessman in Times Square and abandoned her for the West Coast. In Smithereens, “Loveless Love” forbodes rejection and heartbreak. It hums like a nondiegetic menace over Wren’s increasingly desperate actions, threatening to explode.

Seidelman finally plays the track in full when we see Wren stalking the city like a stray cat, having discovered that the “million and one places to stay” she constantly brags about have evaporated. At this point, our protagonist has alienated everyone she knows: family, friends, occasional paramours, and uneasy acquaintances. Every unsteady bridge she erected has finally collapsed into a heap of rubble.

The song’s minute-long intro slowly builds as Seidelman’s camera follows Wren like a shadow, framing her like a dazed runaway in a leopard-print skirt and pink shoes. Its probing guitars and drums build up to a relentless pace only to hit a minor peak and then immediately soften, a portentous effect akin to a wild animal preparing to rush out of a cage. (In a few years, Jonathan Demme, who introduced Seidelman to the Feelies’ music, would use this same musical motif to introduce Ray Liotta’s violent character in Something Wild.) As Wren mills about outside the Peppermint Lounge—a discotheque that popularized the twist in the early ’60s and was revitalized twenty years later as an alternative night club—Seidelman emphasizes her invisibility by shooting her distressed face in a low-angle close-up. No one notices her among the crowd until she forces her way into the club, falsely claiming she’s on the guest list.

Seidelman briefly silences the track to home in on Wren’s frantic—and particularly undignified—attempt to woo a rocker, which she hopes will ensure her place in the club. Her sweaty compliments turn sour the second he rats her out to the bouncer without even looking up from his piano. As soon as the bouncer picks Wren up to toss her out the door, the floodgates of the Feelies open, with the collective clamor of their guitars and layered percussion muffling her cries for justice.

While Wren’s coarse personality and blithe selfishness are the frequent causes of her undoing, she’s at her most sympathetic during this extended sequence. It’s the first time we see Wren afraid and lonely, her veneer of sneering cool having finally melted away. Seidelman’s scrappy, guerilla-style filmmaking, complete with stolen location shots and an almost-total reliance on natural lighting, reaches its zenith in the second half of Wren’s journey through the night. The glow of the pay-phone light exposes her anguish during an emergency call to her sister, and, like a moth to a flame, she heads in the direction of a bodega on a dark street corner before huddling on the subway, dejectedly staring at other sleeping passengers. Wren’s mercenary behavior—like the flyers she puts up with an image of her face, captioned “WHO IS THIS?”—is in service of building a mythos around her. The problem is, she lacks the charisma to pull it off; she captivates strangers in the same manner as a car crash. All punks are poseurs in a sense, but the best wear their affectations like a second skin. Wren, on the other hand, can’t conceal her desperation to be accepted, which is why Seidelman plays her fall from DIY grace as a tragedy, the nightmare B-side to the urban dream of transformation. No matter how perfected your look, or how motivated you are to achieve “success,” it’s all for naught when you’re alone in a crowd.

After falling asleep on the train, Wren wakes up in the morning, alive but worse for wear, and walks around in a shocked stupor on a congested Manhattan street. She’s still moving while “Loveless Love” continues to play, with its woozy guitar scales rolling up and down like a wave. In interviews, Seidelman characterizes Wren as a survivor, someone who always bounces back after she falls. When Smithereens ends with a 400 Blows–esque freeze-frame of Wren’s face as she wonders whether to get into a stranger’s car on the side of the highway, a sense of doom inevitably charges the shot. Yet, it’s just as possible to imagine Wren using this offer as an opportunity to make a comeback. As for the Feelies, they persisted after Crazy Rhythms sold less than expected. They released three more records and formed numerous side projects before disbanding in 1992. Then, in 2008, they reunited and put out two more records, and to this day they continue to play shows in the Northeast. The Feelies persevered on their own terms, much like Wren, who soldiers on—for better or worse. 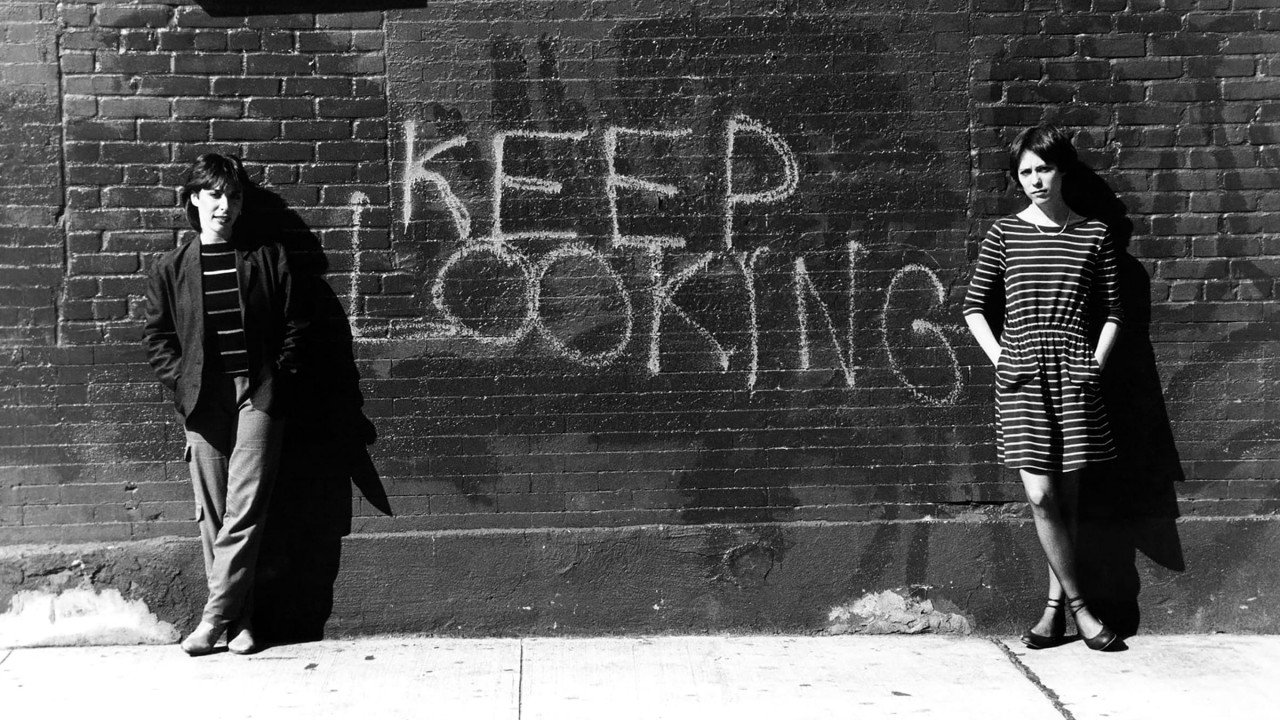 This great director from the golden age of Mexican cinema drew upon a wide range of styles to explore the conflict between tradition and modernity.

Their Sounds Were Watching God

The films in the Criterion Channel collection Free Jazz chronicle the development of a deeply experimental music that has baffled and enthralled listeners in equal measure.

A Year of Essential Reading on the Current

From deeply researched surveys of great filmmakers’ careers to idiosyncratic takes on under-examined corners of cinema history, the writing we published this year offered an array of entry points into the art form we all love.

With 2022 coming to a close, one of our editors lovingly compiled this montage of the magical moments of silence our crews and collaborators share at the end of every interview.